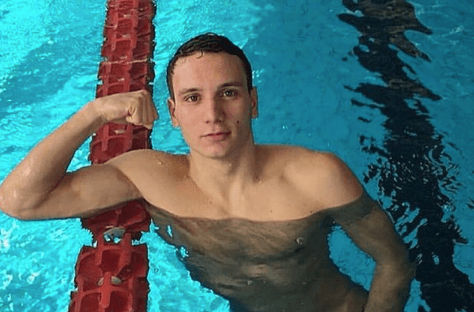 Lorenzo Marinelli and Daniel Bazzano, suspects in Manuel Bortuzzo's shooting, have been both sentenced to 16 years in prison. Current photo via Federazione Italiana Nuoto

Lorenzo Marinelli and Daniel Bazzano, convicted of the shooting of elite Italian swimmer Manuel Bortuzzo, have been both sentenced to 16 years in prison. Marinelli and Bazzano were accused of the attempted double murder of Manuel Bortuzzo and his girlfriend. Both suspects have been imprisoned in Rome since February of this year.

As reported by SwimSwam previously, the public prosecutor had asked for 20 years in prison, although charges of double attempted homicide were added to those of possession and use of firearms.

However, the judge did not recognize the aggravating circumstance of the charges and ordered a provisional payment of €300,000 (an approximate $329,230). Further compensation for damage must then continue in the form of civil proceedings.

Italian news outlet Ansa.it reported that Manuel’s attorney defined the sentence as “fair.” The defendants’ lawyers, however, have declared that they will appeal the decision.

Manuel Bortuzzo, born in 1999, moved from the city of Treviso to train at the Center of Ostia, along with the group coached by Stefano Morini. A mid-distance specialist himself, he dreamed of the Tokyo Olympics while training with his idols, world-class athletes Gregorio Paltrinieri and Gabriele Detti.

In the night between Saturday 2nd and Sunday 3rd of Feb. of this year, Manuel was headed for a pub where a dispute broke out. Shortly thereafter, shots were fired into the street from a scooter, striking the swimmer. A direct blow to Manuel’s back caused a complete spinal cord severing.

The two suspects were sentenced to prison on Feb. 6th, making use of their right to not answer investigators’ questions.

Manuel Bortuzzo, initially operated at the San Camillo hospital in Rome, was later transferred to the Santa Lucia Foundation to continue with the rehabilitation process. While his lower extremities are paralyzed, Bortuzzo has been able to return to swimming, albeit in a very different capacity before his injury.