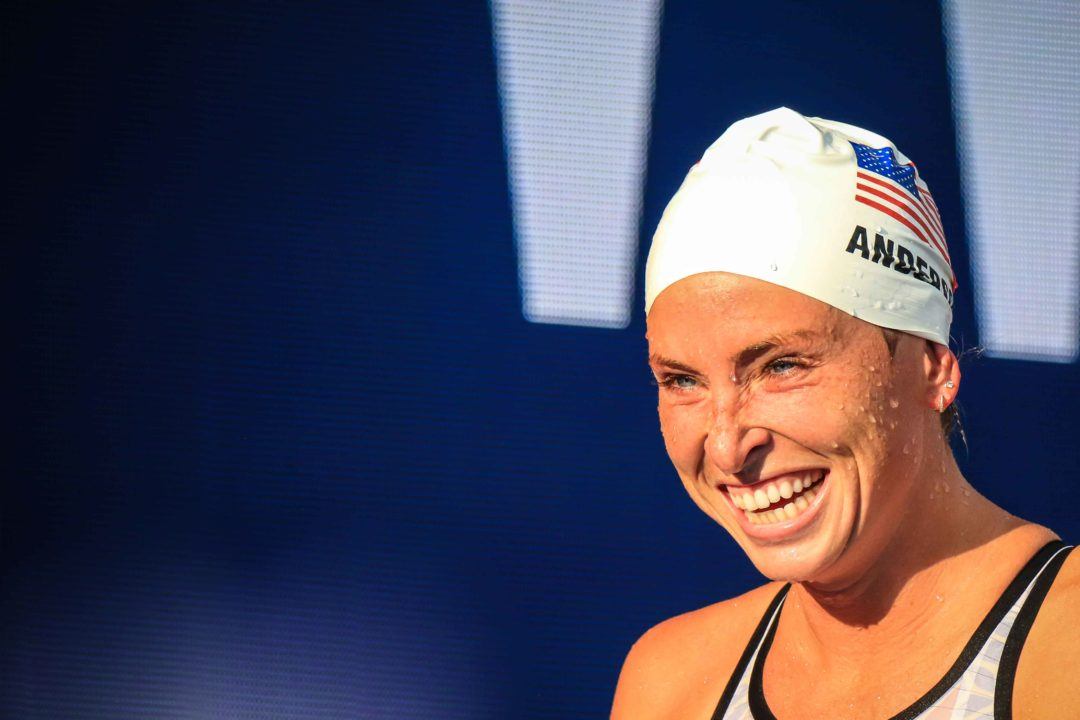 Haley Anderson (above), a 2-time World Champion over 5 kilometers, and Ashley Twichell have withdrawn from the inaugural Beach Games due to safety concerns. Archive photo via Mike Lewis/Ola Vista Photography

The United States’ 2 open water entries for the inaugural ANOC World Beach Games, which are to be held from October 12th-16th in Doha, Qatar, have withdrawn. Ashley Twichell and Haley Anderson, who are also qualified to represent the US in open water at next summer’s Olympic Games, were announced less than 2 weeks ago as part of a 69-athlete American roster for the new multi-sport event.

In a statement, USA Swimming said that the withdraw was the result of safety concerns after reviewing water temperature data.

“Based on water temperature data and USA Swimming’s recommendations concerning athlete health and safety, National Team athletes Haley Anderson and Ashley Twichell have made the decision not to attend the ANOC World Beach Games Qatar 2019.”

The swimming events are scheduled to take place in the Persian Gulf, which is the same body of water (and at approximately the same latitude) where American open water swimmer Fran Crippen died during a race in 2010.

Over 1,400 athletes are expected to compete in 14 sports and 16 disciplines at the first edition of the Beach Games in 2019. At least 97 countries are currently committed to compete. The event was originally scheduled in San Diego, but in May, after the city failed to generate enough private funds, the event was moved to Qatar.

I didn’t see mention that this was a FINA event…. sounds like it’s not.

It’s not a FINA event, but I was surprised to learn from the article that FINA allows competition in water that is very warm, almost like swimming in a jacuzzi.

wtf 16 to 31????
I would suggest the FINA officials to try both for an hour or 2. How about 22 to 28?. Let’s not torture swimmers but keep at least one aspect close to normal

To me, the length of the race matters too. A 3k in 31 degree water is probably fine. A 25k in 30 degree water could be disastrous.