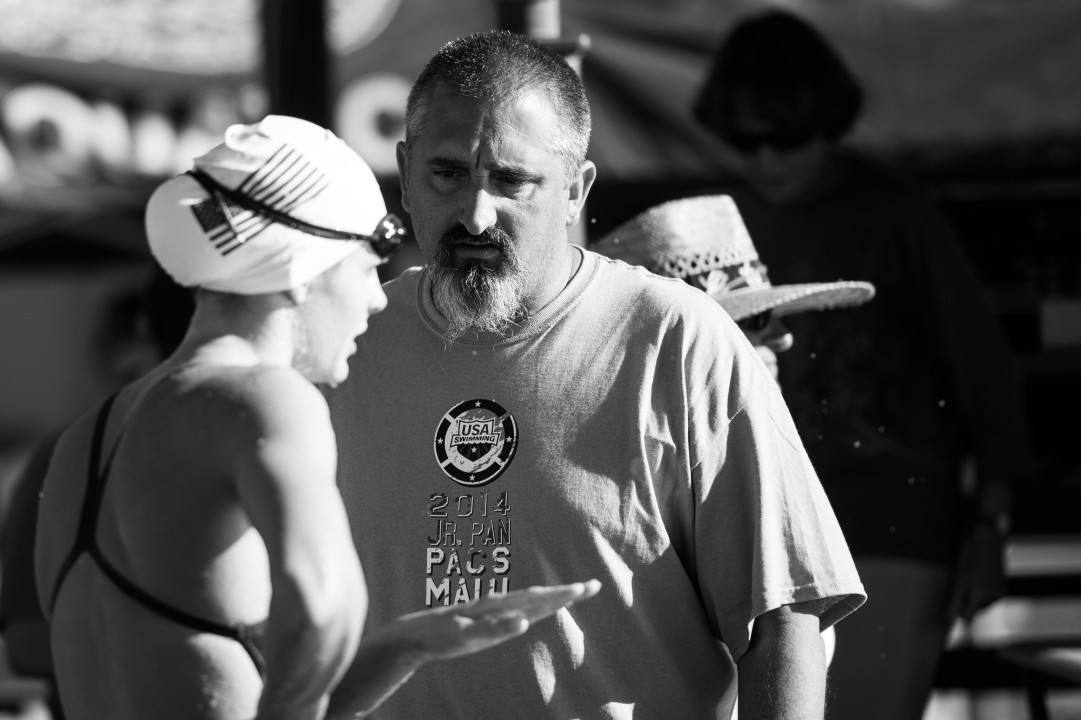 Sergio Lopez Miro, who coached a legendary Bolles program from 2007 to the end of 2014, will become a new associate head coach at Auburn University starting this fall for the 2016-17 NCAA season.

Lopez has spent the past year and several months coaching Singapore Swimming as well as serving as an advisor at the Singapore Sports Institution, and will finish his tenure there after the 2016 Summer Olympics in Rio in August. He’s worked closely with the likes of Bolles alumnus and current University of Texas star Joe Schooling, who won a bronze medal at the 2015 Kazan World Championships representing Singapore. Schooling also demolished NCAA and U.S. Open records in the 100 and 200 fly at the recent NCAA Championships, and is primed for a big meet in Rio.

In addition to coaching Schooling to big-time success, Lopez has also drawn in U.S. breaststroke stud Kevin Cordes— the Illinois native and University of Arizona grad moved to Singapore last May to train with Lopez for the Kazan World Championships as well as the upcoming Rio Olympic Games. Cordes won a gold medal as a part of USA’s 400 medley relay, a silver in the 200 breast, and a bronze in the 50 breast at the 2015 World Championships– his first major international meet since his move to train with Lopez.

Lopez has coached a large number of successful Bolles swimmers, but Ryan Murphy and Caeleb Dressel immediately come to mind, along with Schooling. All three swam for Bolles, and they all ended up tying for the CSCAA 2016 Swimmer of the Year Award after each swimmer had mind-boggling performances at the 2016 Men’s NCAA Championships.

Between Schooling, Dressel, Murphy, and Cordes, Lopez has strong coaching connections to four potential Olympic medalists in Rio. Add that to the fact that Dressel wasn’t even a part of the high school program (he attended nearby Clay High School), and the 4th member of that group is Santo Condorelli, who is the best Canadian sprinter since Brent Hayden. Upon his return to the NCAA next year after a redshirt season he will be an immediate title contender as well.

Lopez’s prior college experience includes being the head coach at West Virginia, where he led the team to the men’s Big East Championship in 2007, the first in program history. As an athlete, Lopez won a bronze medal at the 1988 Summer Olympic Games in Seoul in the 200 breaststroke, and trained at both Indiana University and American University.

The associate head coaching job at Auburn is one of the highest-paying assistant jobs in the country. It was vacated when its previous holder, John Hargis, left to become the head coach at Pitt.

David Marsh made Auburn great and competitive. Arrogant people goes nowhere. Maybe Lopez may do Auburn top three again. Why David is not mentioned in this article?

My daughter swam for Sergio at Wvu. Top notch person and best coach ever

Welcome to the AU family Sergio

Should have never gone to Thailand with the family so early, real cultural shock for a country hearted American. We will miss him so much in Singapore.

CONGRATULATIONS to Sergio and his family. Welcome back to the USA. He is a master teacher and coach who will help elevate all of the current coaches at AU to a more professional level. I commend Coach Hawke who knows his program is sinking quickly. Many Head Coaches at NCAA schools do not have the fortitude to hire an associate with such credentials. Best wishes to all involved with this hire, especially the student-athletes.

Congrats Coach… I am so happy for you. You are amazing coach and person. Good luck.

I have swam for both Dave Marsh and Sergio Lopez and if I had to choose a coach to swim for I would swim for Sergio hands down all day. He trains the swimmer both physically and mentally to compete at their best. I can’t say enough about swimming for Sergio.

Is Brett Hawke in charge or is Sergio Lopez in charge? Does Brett Hawke do Sergio Lopez end of the season performance evaluation, or does the AD do it? Finally, does Sergio Lopez report directly to Brett Hawke? If so, he should’ve stayed in Singapore for two more years and then come back to America and start a USA club team and south Florida.