See The First Ever #PhelpsFace Tattoo (Yes, An Actual Tattoo) 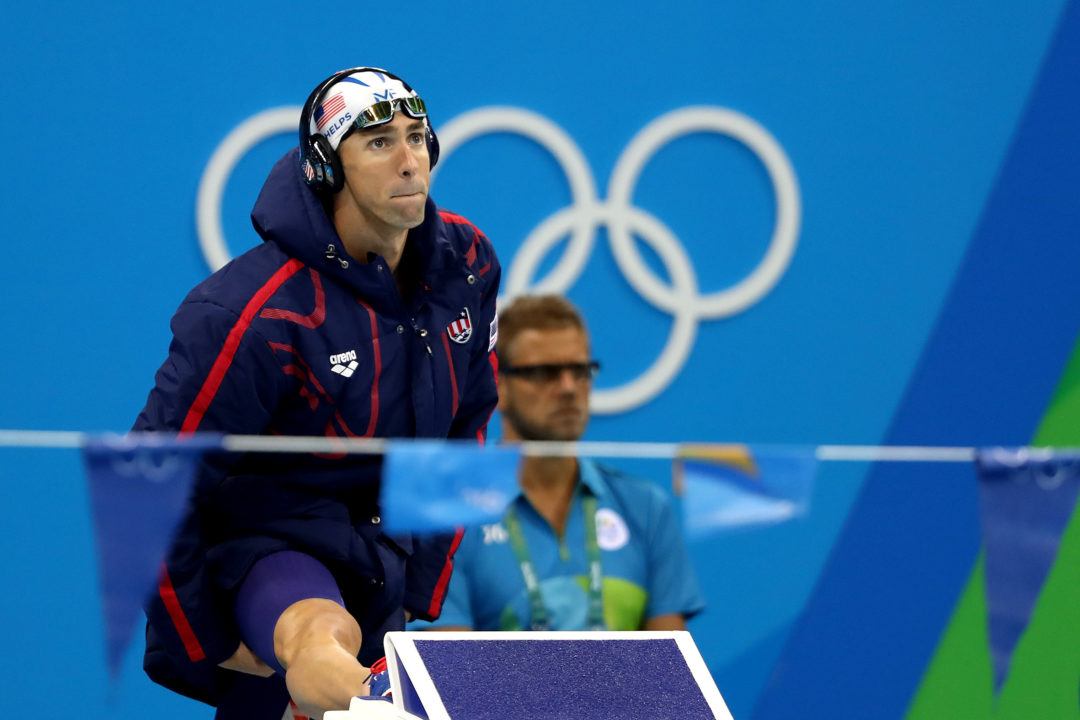 Remember Michael Phelps' game face from the ready room? This guy will remember it forever. Current photo via Simone Castrovillari

Unless you’ve been living under a social media rock during these 2016 Olympic Games, you know that American Michael Phelps has been tearing things up in the pool. But, the 5-time Olympian has also been dominating the conversation out of the pool as well, courtesy of his own ‘death stare’.

Captured via cameras while in the ready room waiting for the men’s 200m butterfly final, Phelps appeared to be projecting his best fierce face/death stare while rival, South African Chad Le Clos shadow-boxed in front of him. Since that night, #PhelpsFace has taken over the internet with memes and impersonations taking place all over the world.

One #PhelpsPhan took it one step further, however, forever carrying the 22-time Olympic gold medalist’s face around…on his body. Ricky Fung is the first person known to have gotten the #PhelpsFace tattoo.

As to why Fung chose the unforgettable image as a tattoo, he explained to ESPN that, “I wasn’t even a big Phelps fan before this, and I’m not really a swim fan. But just seeing him go out and win the way he has has been inspiring to me.”

“I was out last night and a bunch of people were coming up to me, asking why I got it,” Fung said, “and I had to explain to them that looking at that is a good reminder every day to go out with focus and dominate like he did.”

Chronic Ink tattoo artist Livia Tsang described the scene as follows: “I definitely saw the memes beforehand, and when he sent me the photo via WhatsApp, we had a bit of a laugh about it but then pretty spontaneously decided to go ahead and do it. He [Fung] sent me the photo after Phelps won his 21st gold medal and I knew we had to do it before the Olympics were over, just so we could be included in the fun.”

“Aside from it being a funny photo, my boss actually has a lot of admiration for Phelps’ work ethic and dedication to his sport. The photo obviously became satirized but for him it’s more representational of perseverance and focus.”

#PhelpsFace is now – and forever. Credit to Livia at @ChronicInk in Toronto for her artistry! #Rio2016 pic.twitter.com/5YLRLM536T

The tattoo reportedly took 3 hours to complete at the Chronic Ink shop in Toronto, Canada. Fung, the owner of Chronic Ink, plans on decorating his body other famous people and athletes as inspiration strikes.