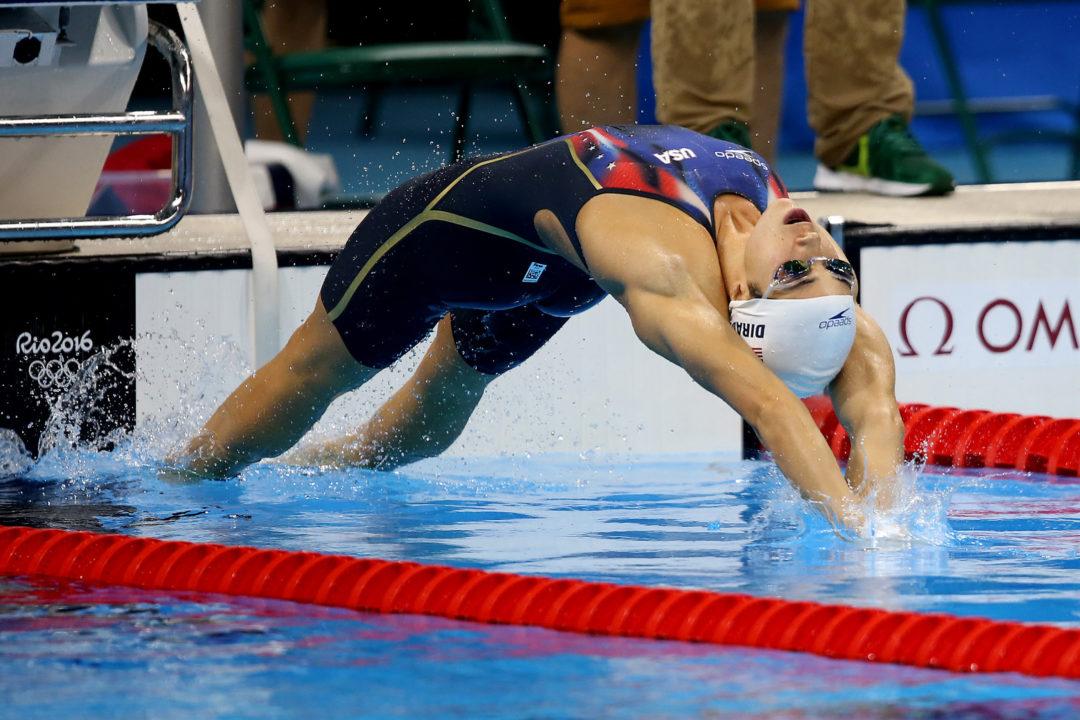 In one of the most exciting races of these Games, Dirado won the 200 back over the Iron Lady. Current photo via Simone Castrovillari

There’s just one more night of pool swimming competition remaining. Tonight was a seriously huge night for the Americans, and Michael Phelps did not even win a gold.

Rather, the big story rested on the upset wins from two different Americans– Maya Dirado and Anthony Ervin. Dirado, who has stated on plenty occasions that this will be her final big competition in the sport, had a come-from-behind victory in the 200 back and shocked the Iron Lady Katinka Hosszu. Ervin, meanwhile, sprinted to his 2nd gold medal in the 50 free, following up his gold from way back in 2000.

Phelps, meanwhile, tied for silver in a historic 100 fly final that saw the young Joseph Schooling upend the G.O.A.T., giving the Americans one of five medals on the night. Finally, Nathan Adrian broke through for a bronze in the 50 as well, with France’s Florent Manaudou sandwiched in-between the Americans.

The United States heads into the final day with a seriously commanding lead in the medal table, with two possible golds in the 400 medley relays, and potential medals in the women’s 50 and men’s 1500 as well.

Who would have thought that we would be in a position to better the medal count of 2012?

I honestly thought there was absolutely no way to top 2012’s count, since the US women won 8 golds in 2012!

USA vs the world in swimming….

Fantastic showing by USA, what can you say. they draw conclusions from Kazan

fantastic and unbelievable showings of US swimmers….forget abt Kazan….US swimmers take good lessons from Kazan….they will dominate the world during the next olympic cycle even without greats like Phelps, Lochte or Franklin….