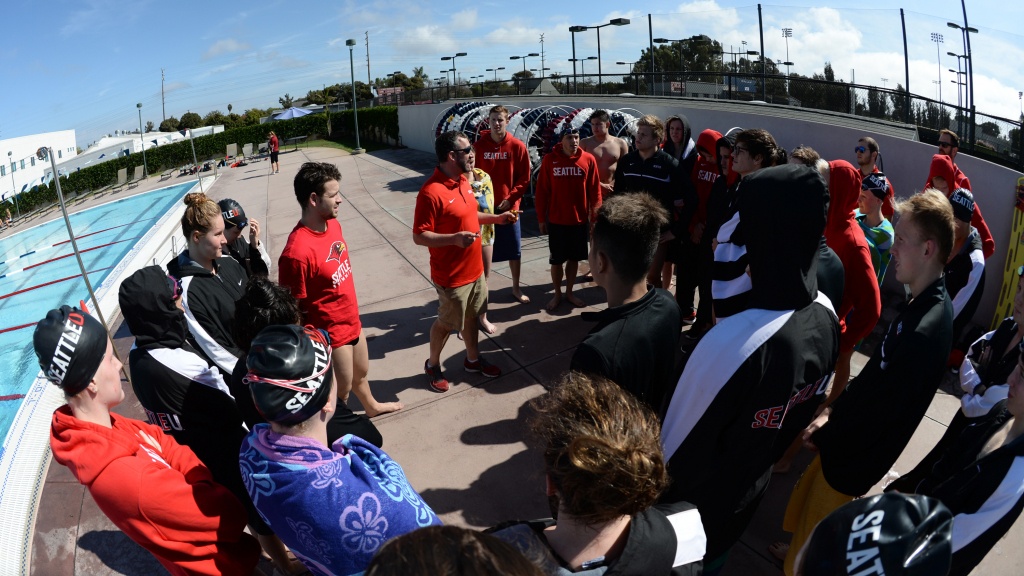 Seattle University swimming has announced the hiring of Maggie Kroemer as an assistant coach on Craig Nisgor’s staff for the 2018-19 season. Kroemer has spent the last six seasons at Saint Louis University. Current photo via Seattle University Athletics

SEATTLE – Seattle University swimming has announced the hiring of Maggie Kroemer as an assistant coach on Craig Nisgor’s staff for the 2018-19 season. Kroemer has spent the last six seasons at Saint Louis University.

Kroemer will be involved with all aspects of the program, including on-deck coaching, season planning, recruiting, travel and administrative aspects.

“I am excited to have Maggie joining us here at Seattle U,” said Nisgor. “Throughout our talks and meeting with her, I knew that she would be a great fit here for our program. She brings a great deal of knowledge and experience. Having been at a fellow Jesuit university for the past six years, she understands very well the philosophies that are important to our team and school. Her student-athletes at SLU have achieved at the highest levels, including NCAA “B” cuts, Olympic Trials qualifying and academic all-Americans.”

At Saint Louis, Kroemer was the recruiting coordinator and helped nine Billikens win A-10 Conference championships. She served as a graduate assistant at the University of Texas-Permian Basin. Kroemer has also coached at the youth and club level previously.

Kroemer swam at Valparaiso University, qualifying as a conference finalist six times in her career.

Nisgor begins his seventh season at Seattle U. The Redhawks open the 2018-19 campaign on Oct. 6, as Northern Colorado visits the Redhawk Center.

I wonder if SLU will be able to replace her with such little notice. It is the least funded swimming program in the A10 conference and SLU certainly doesn’t prioritize their swim team’s needs.