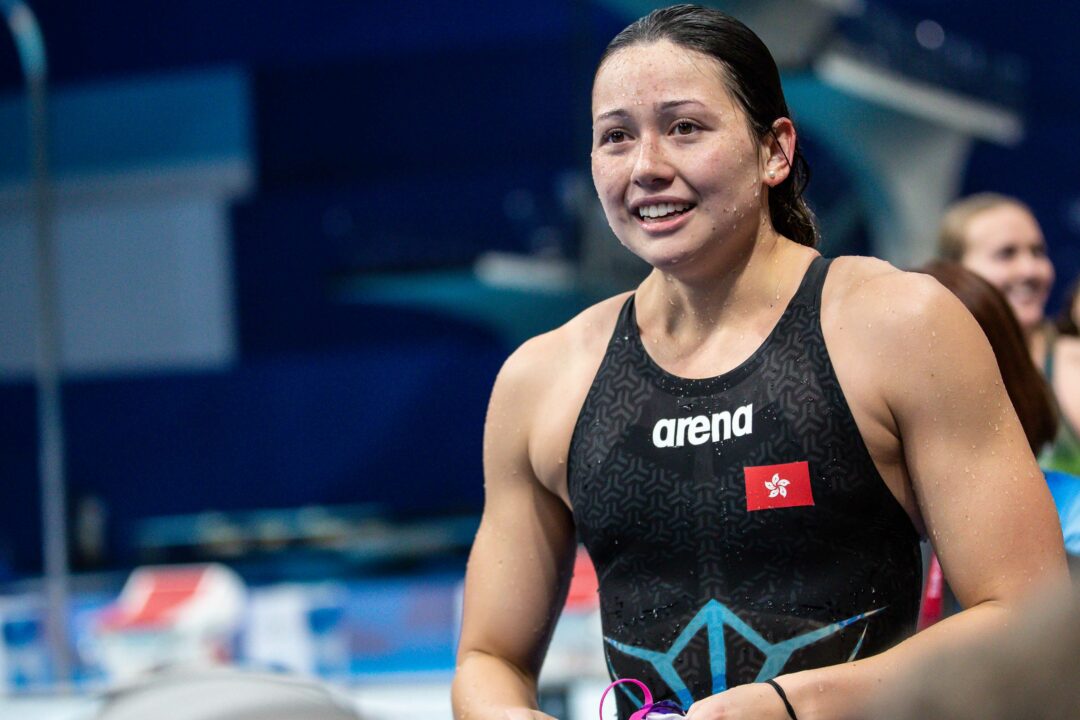 SwimSwam data guru Barry Revzin breaks down how each swimmer got to their point total at the FINA World Cup Series in Berlin. Archive photo via Jack Spitser/Spitser Photography

After last week’s World Cup Series stop in Berlin, Germany, we published the current scoring rankings. There was some interest in a breakdown of how those scores were achieved.

So naturally, we called upon swimming’s supreme data-monger Barry Revzin to do the math.

The scoring system appears complex, but upon breakdown is really quite simple.

A swimmer’s score in any given event has two components:

Once those scores are calculated, each swimmer’s three best events are added up to give them an individual score for the meet.

In essence, the power points wind up being a tie-breaker of sorts between swimmers who score the same, or very-similar, number of placement points. With the depth of this year’s field, it’s very difficult (though not entirely impossible) to overcome better place rankings with better power point rankings.

One big exception is Tes Schouten only swimming two individual events, but still ranking ahead of three swimmers who finaled in three individual events. She was just 9th in prelims of the women’s 50 breaststroke after winning the 200 and placing 2nd in the 100.

Though not explicitly stated in the rules, FINA’s published results imply that athletes don’t get (Power Points + 0 place points) for events where they don’t place top 8. This means that one spot in prelims of the 50 breaststroke, .03 seconds, cost her about $600 in prize money.

In total, 70 women and 79 men scored in Berlin. The top 20 of each gender earned money.

In the series’ final two stops, in Toronto and Indianapolis, the same process will be used. At the end of all three meets, each swimmer’s scores will be added up to determine a final ranking. The top 8 per gender will receive overall series prize money, including $100,000 for the top man and top woman.

While FINA rules don’t require an athlete to participate in all three meets to win overall prizes, the math makes it a de facto requirement.

A few scoring quirks that we discovered from this exercise that are not listed in FINA’s rules book (because if you’ve read this far, we assume you’re interested in this kind of nuance):

I love: “a few scoring quirks that we discovered from this exercise that are not listed in FINA’s rules book (because if you’ve read this far, we assume you’re interested in this kind of nuance),” as well as the two “quirks” in the bulleted list that follow. I was indeed interested, and I admire the attention to detail required to notice these oddities. ❤️

She did. 10 is the points she got for winning, not the place she got.