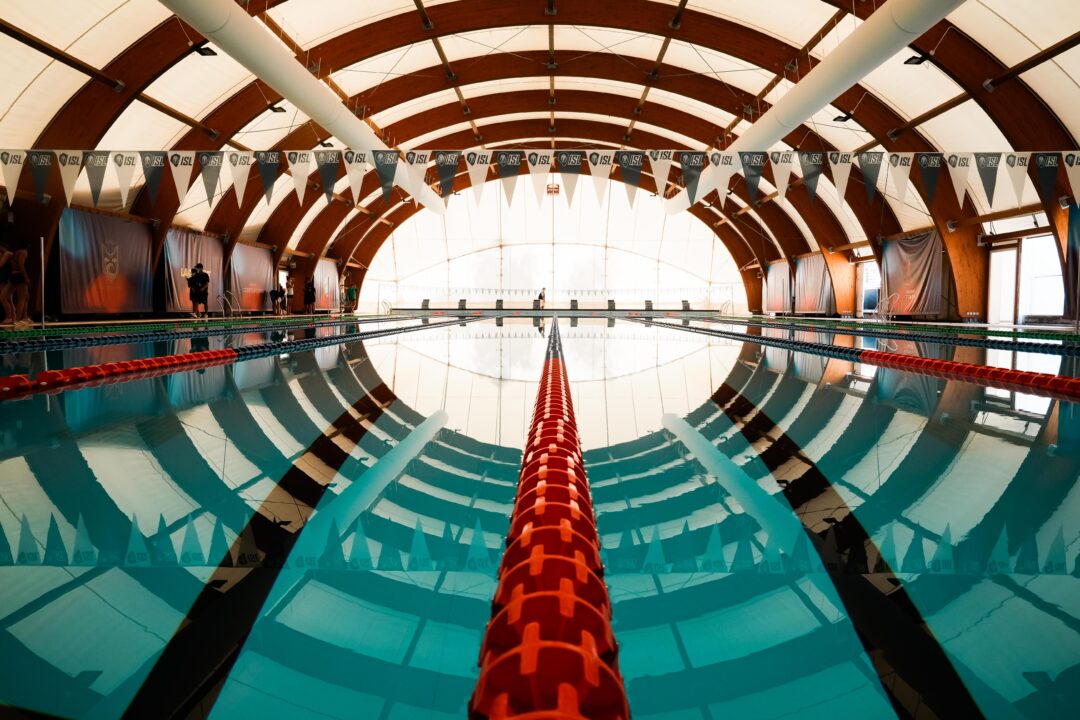 Syrian competitive swimmer turned humanitarian Sarah Mardini was put on trial two weeks ago on a variety of charges, though that trial has now been suspended. Current photo via Mike Lewis/Ola Vista Photography

Sarah Mardini, a former Syrian competitive swimmer turned human rights activist, was on trial last week in Greece along with 23 other defendants for activities stemming from her time working on the Greek Island of Lesbos. That trial was recently suspended, however, due to the judge ruling that the court “was not competent to hear the case.” The trial will now be heard by a Greek appeals court as opposed to the local court in Lesbos. The change comes on a technicality, as one of the defendants is a lawyer and the local Lesbos court does not have the jurisdiction to try lawyers.

Mardini, whose sister Yusra competed in both the Rio 2016 and Tokyo 2020 Olympic Games, was working on Lesbos as a member of the Emergency Response Center International to help support refugee asylum seekers from 2016-2018.

It was at the end of 2018 when Mardini and others were arrested on several charges, including  smuggling, espionage, fraud and unlawful use of radio frequencies. Mardini spent more than 100 days in detention following her arrest before being released on bail in December of 2018.

If convicted on all charges, Mardini could face up to 33 years in prison.

The trial is not without controversy, however, as several rights groups have pointed out inconsistencies in the evidence and have called for the charges to be dropped. One such instance came with original espionage charges, as officials claimed that the workers were using an encrypted messaging service to communicate. That messaging service was revealed to be WhatsApp, the Meta (Facebook)-owned app with over 2 billion active worldwide users.

The Mardini sisters made headlines in 2015 as they fled their home country of Syria to seek asylum in Greece via boat. As they neared Lesbos, the engine on their boat died on choppy seas. Both Sarah and Yusra jumped into the ocean and swam the boat to shore, a swim that took almost three and a half hours, saving the lives of 18 Syrian refugees who were on the boat.

Mardini currently resides in Germany, where she has been granted asylum. For more extensive coverage of the trial and its history, see the BBC here and here, or Al Jazeera here.

SwimSwam really missed a clickbait headline opportunity with this article.
Also, sounds like a bunch of trumped up bs charges in a particularly f-ed up area of the world. Hope it gets sorted fairly but somehow I doubt it.

Some strange wording that make it seem they crossed the whole Med in a little boat from Syria as if they were Roman centurions. Most just got the bus to Turkey then hooked up with NGOs who shipped them over to Greece.

Just because they once swam a bit does not mean they are not part of a people smuggling operation. . Lets follow the case objectively .