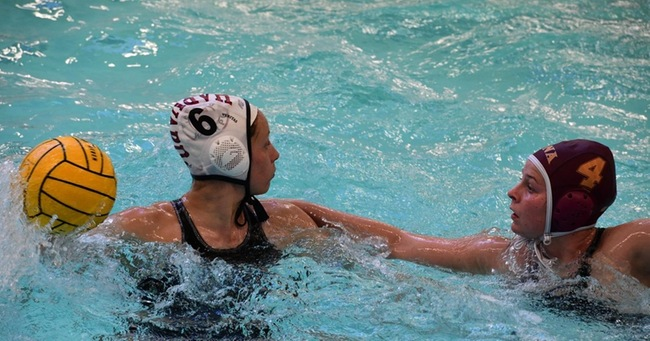 The Top 11 remained in tact in the Week 10 poll, with #1 USC and #2 Stanford holding down the top spots for the 11th straight week. Meanwhile, San Diego State and Harvard were the biggest movers of the week after scoring Week 9 upsets. Current photo via Harvard Athletics, Jeanie Wahl

The Top 11 remained in tact in the Week 10 poll, with #1 USC and #2 Stanford holding down the top spots for the 11th straight week, including the preseason listings.

Harvard climbed four spots to its season-best position at #14, after upsetting then #13 Fresno State 13-12 in overtime on March 19. The Bulldogs dropped two places to #15 with the loss.

The first results of Week 10 saw #2 Stanford hold off #10 UC Irvine 16-7 on Monday. The Cardinal will return to action on Saturday with a rematch against #1 USC. The teams last met on Feb. 24 with the Trojans winning 10-8.

It will be the first action for top ranked USC since besting #5 Hawaii on March 16.