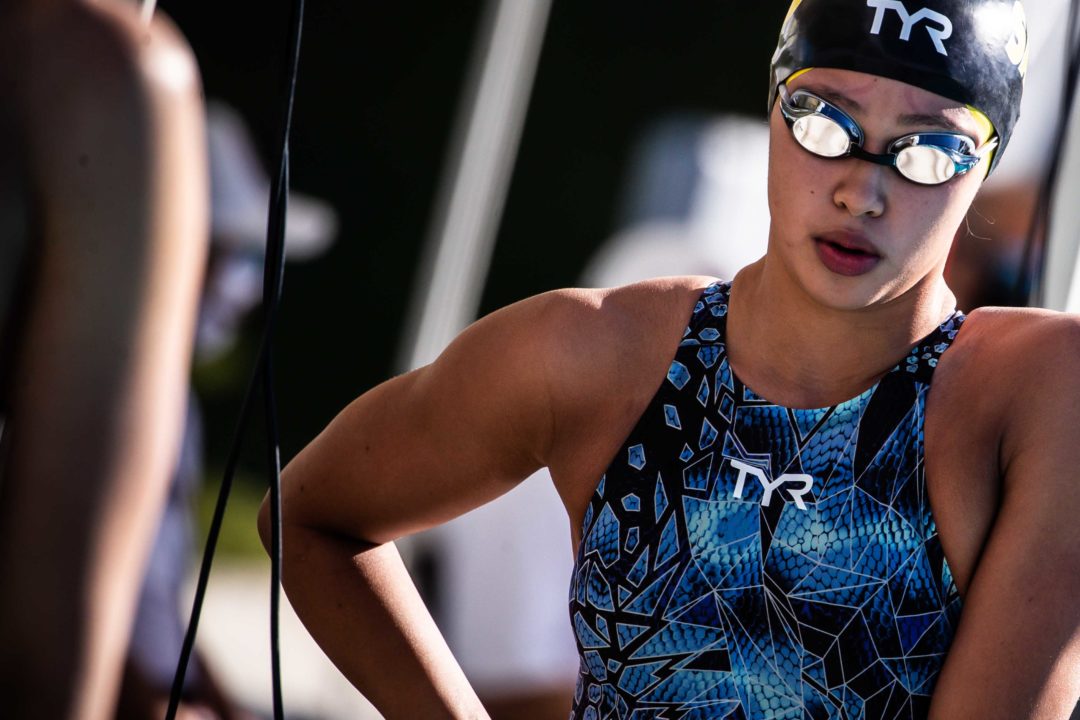 Bella Sims has opted to scratches both of her events for tonight's Finals Session, which include the 200 free, where she was seeded 3rd. Archive photo via Jack Spitser/Spitser Photography

Notably, Bella Sims has scratched from finals in both of her events. She was the #3 seed in the 200 free (1:59.81), which was the event she’d compete in to earn her Olympic berth last summer. Sims also scratched the 100 fly, where she placed 13th out of Prelims.

On the men’s side, the biggest scratch was Maxime Rooney, who placed 6th out of Prelims. Rooney’s scratch means that Florida’s Caeleb Dressel has been bumped up to the A-Final. Rooney has opted to keep his B-Finals slot for the 100 fly later in the session.

She’s my granddaughter’s training partner. Amazing athlete and person, always smiling. I think her group is getting ready for Open Water so they may be leaving.

Her 400 PB would be faster if she swam it at trials.

Why did Sims scratch?