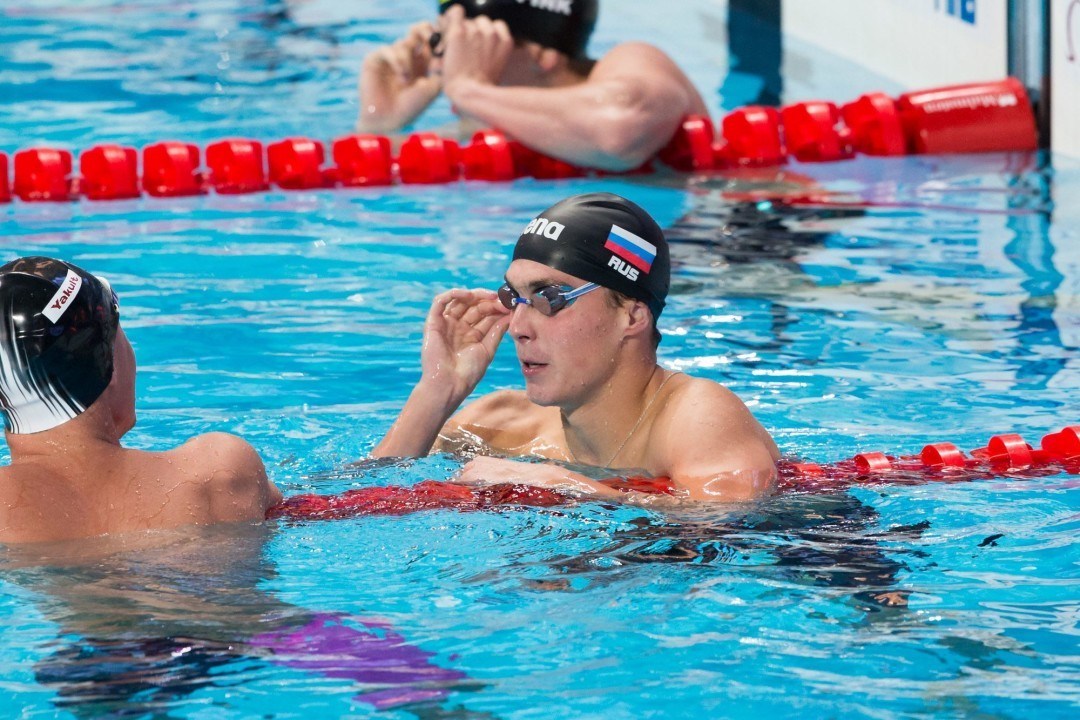 The Russian foursome of Irina Prikhodko, Anton Chupkov, Daniil Pakhomov and Arina Openysheva cranked out a brand new World Junior Record in the mixed 400 medley relay in tonight’s finals at the 2015 World Junior Championships in Singapore.  The combination of talent crushed the old mark also held by Russia, set at the 2013 edition of the meet.  Below is a comparison of the splits between the 2013 and 2015 version of the relays:

Russia’s strategy of female-male-male-female paid off for the team, as the squad beat the next best team, Australia, by over two seconds.  Splits were solid across the athletes, but Pakhomov stood atop the entire field with his otherworldly 51.33 butterfly split. Most other relays, including the United States and Australia, chose females for the butterfly leg, so Pakhomov’s fierce speed was even that much more damaging, as the closest fly split to his was that of Japan’s Nao Horomura’s 53.42.

Chupkov took the men’s 100m breaststroke individual title earlier in a 1:00.19, while Pakhomov had smoked a 52.40 to register a new meet record in his individual semi of the men’s 100 fly.  Openysheva had also swum earlier in the session, clinching a spot in the women’s 100m freestyle final with her 54.05 semi’s fourth place finish.