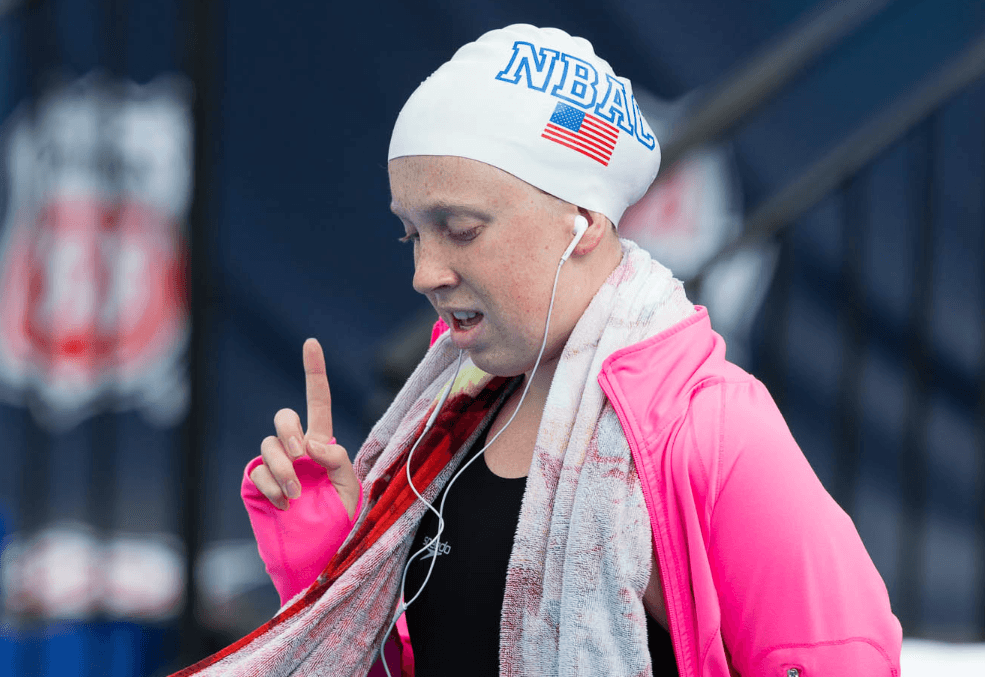 Sierra Schmidt has reason to dance: she and her American teammates have won every major 800 free title this summer. Archive photo via Tim Binning/TheSwimPictures.com

Sierra Schmidt‘s gold medal in today’s 800 free at the Junior World Championships completed a unique sweep for the women of Team USA.

With Schmidt’s title, the American women have now won the 800 free at every major international meet this summer. That includes:

That’s a pretty impressive run of dominance for the American distance crew as a whole. If you add Ledecky’s win at last summer’s Pan Pacs, the U.S. women have won major international 800 free titles in nearly every continent: Ledecky in Australia (Pan Pacs) and Europe (Worlds), Vrooman and Schmidt in Asia (World University Games and Junior Worlds) and Schmidt in North America (Pan Ams).

With Ledecky still the heavy favorite for next summer’s Rio Olympic Games, we could see South America added to that list.

A few more major takeaways and/or statistical oddities from day 2 at the Junior World Championships:

I could not agree more with the sports writer Hibbott is still only 15 and was flying down the last 50m in a 30 sec . She clearly has much more in the tank just needing to go out slightly faster, never the less she had a huge 9 second drop in her pb and is clearly the one to keep an eye on in the future. The GB swimmer was over 10 seconds faster than fellow brit and former world record holder Addlington at the same age very impressive indeed.

Sierra Schmidt’s swim in the 800 free was quality, but let’s not get carried away…she’s quite a significant distance behind the phenomena that is Ledecky and for that reason I think the potential of the much younger GB swimmer Holly Hibbott who finished third (and had a huge PB) is much more interesting heading towards next year’s Olympics in Rio.

The Usa have a serious problem with the sprint right now , we alll know that ! BUT when u look at the talent in the long distance races , it’s amazing ; especially the 800 free .
Maxime Rooney also gives way more hope for the Usa in the 100 and 200 free for next year .
great job guys

Well done and congrats to her and her coach for swimming at such a high level at THREE meets over an extended period of time. Not an easy thing to do.

It is called the Ledecky-Effect. When you have the greatest distance swimmer in the world competing for the United States, the others are forced to up their game competing that one precious vacant spot for a U.S. team. Bravo Sierra! Pan American champion and now Junior World Champion.

Sierra also won the Junior Pan Pac in the 800 so that extends the streak of US wins.