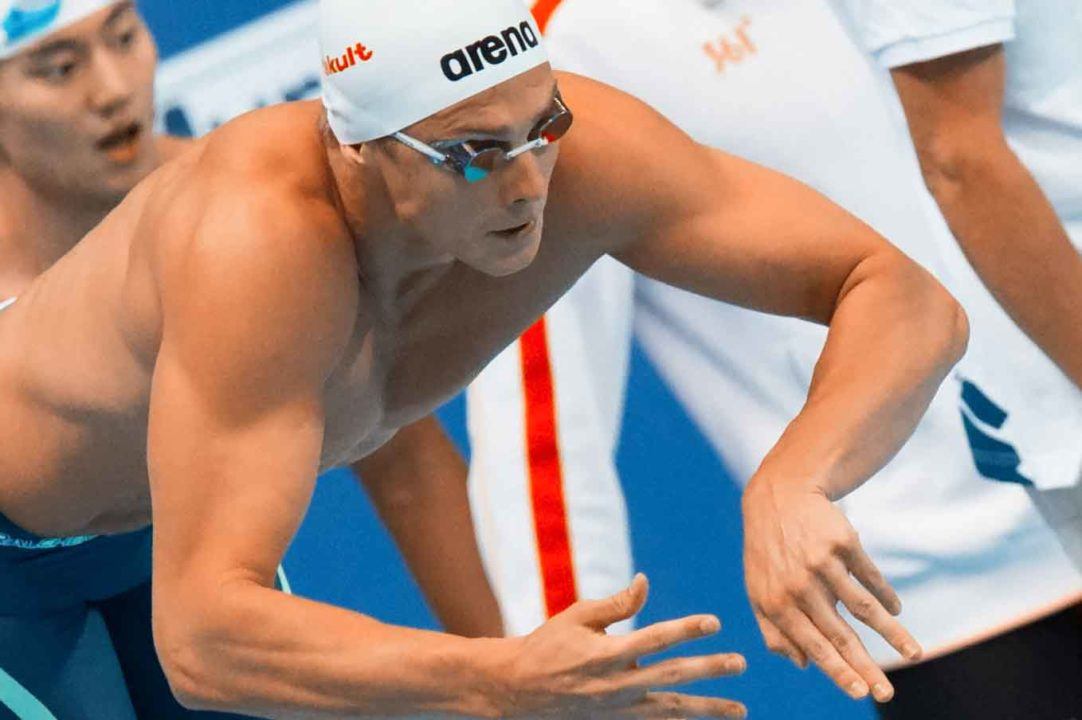 The All-Russia Swimming Federation has announced its qualifying criteria for pool swimming at the 2018 European Aquatics Championships, which will be held from August 3rd-12th in Glasgow, Scotland.

While Russia excelled at the 2017 European Swimming Championships in short course meters, where they led the medals table with 9 golds and 18 total medals, but weren’t as successful in the last long course edition where they won only 2 medals (albeit a meet without many of Russia’s stars, due to the timing just 3 months before the Olympics). 2017 was a recovery year for Russia in many ways after international frustrations, especially from the men’s teams, in several major international meets.

At the 2017 World Aquatics Championships, Russia won 2 gold medals and had the top European placing in 2 other men’s pool swimming events. They only won 1 gold medal in pool swimming at the 2014 European Aquatics Championships, the last full-squad version of this meet – Vlad Morozov’s 50 back. The equivalent “top European at Worlds” from 2017 would add another 6 gold medals to their tally, if things shake out the same way in 2018.

In spite of the momentum, Russia is being stingy with their qualifying criteria for this year’s European Championships. All selections are to be made based on the upcoming Russian Swimming Championships, which will be held from April 20th-25th in Moscow. The criteria allow the head coach of the Russian National Team to make final selections, guided by the established criteria).

Only the top 2 swimmers in each event who have met the qualifying criteria (below) will be automatically invited. Each country is allowed 4 swimmers in prelims of individual events, with only 2 allowed to advance to the semi-finals or finals, and Russia says that they may extend invitations to additional swimmers who have finished 3rd or 4th in an individual event and met the criteria as well. More likely, many of these spots will be filled as optional swims for athletes otherwise-already qualified.

An additional 6 spots are being left available for junior athletes (born in the years 2000-2003 for males, 2001-2004 for females) who have not achieved the qualifying standard but are ranked highly in their age groups. These spots will only be considered if there are vacancies.

Also considered for sports will be relay swimmers (3rd and 4th in the 100 and 200 free), and swimmers for mixed relays based on those who don’t hit qualifying standards but are 1st or 2nd in a 100 meter race.

The criteria include the usual provisions for health and training status, as is seen in most countries’ criteria.

Events Where 2017 Russia Had No Swimmers Under 2018 Stanard

Are you counting Efimova as a man?