Take a look at how the men's and women's 400 freestyle relay contenders are shaping up for Rio. Stock photo via Mike Lewis/Ola Vista Photography 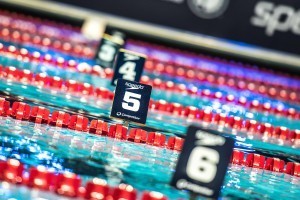 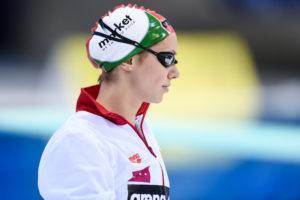 In continuing our look into how the relays are shaping up headed into Rio, now that day 1 of the 2016 European Championships has concluded, the men’s and women’s 400 freestyle relay fields are solidifying.

To the best of our knowledge in light of nations’ Olympic Trials, time trials and now the European Championships, here is where we stand with the men’s and women’s 400m freestyle relays.

The 13th spot held by Australia remained the same, as no non-automatically-qualified nation clocked a time beneath the 3:13 mark in London. However, Greece moved itself up a spot from 15th to 14th due to its performance in last night. Their time of 3:14.42 overtook Spain’s 3:16.77 mark which at one point occupied the 14th-ranked position.

Romania’s 3:16.54, hidden in prelims, moved them into 15th place. Also now making an appearance win the rankings now is Hungary, who scored a time of 3:16.55 to place 5th at the European Championships. With that outing, they’ve now most likely secured a chance to challenge the world in the event at the 2016 Olympic Games. The combination of those results bumped Spain and the 3:16.77 mark they registered at their Olympic Trials back in March from Olympic qualifying. The squad tried to improve up on that standing last night in London, but instead added time and finished in 3:17.21.

More shake-ups occurred in the women’s 400 freestyle relay rankings, as 2 of the 4 non-automatic-qualifying nations have been replaced. Denmark made a charge in both prelims and finals, notching times in London of 3:39.38 and 3:39.57, respectively. Both were fast enough to overtake the previous 13th spot held by Belarus and their time of 3:40.37.

Belarus is now busted down to the 14th slot, followed by Spain. Spain wasn’t on the list of qualifying relays until last night when its relay line-up registered a time of 3:40.67 to overtake one of the remaining relay contender positions.

Germany’s time of 3:41.56 proved enough to hang on, as far as we can tell, to the final non-automatic-qualifying spot for Rio.

Correction for the mens relay… Romania sits on 15 with just .01″ ahead of Hungary with the morning relay swim.;)

You forgot Roumenia 3:16:54 from prelims. Spain is out