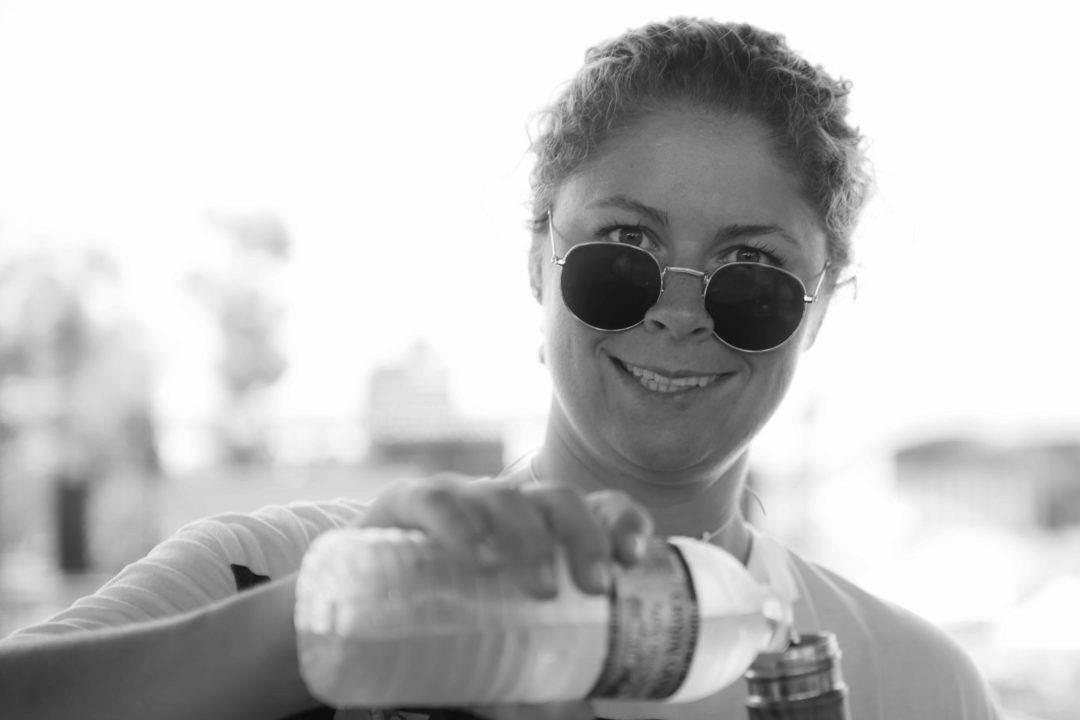 You've been reading about Elizabeth Beisel's run on the reality show Survivor, but you may be getting even more of the 27-year-old Olympic medalist. Archive photo via Mike Lewis/Ola Vista Photography

You’ve been reading about retired American Olympic swimmer Elizabeth Beisel‘s run on the CBS reality show Survivor, but you may be getting even more of the 27-year-old former Florida Gator.

On October 8th, Beisel announced on her Twitter account that she has signed a book deal, with plans for publishing in the February 2020 time frame.

“Since retiring from the sport of swimming 2 years ago, I’ve finally had the chance to reflect on my career for all its ups and downs. I started writing down my stories and I am proud to say that today I signed with a publisher.”

Since retiring the sport of swimming 2 years ago, I’ve finally had the chance to reflect on my career for all of it’s ups and downs. I started writing down my stories, & I am proud to say that today I signed with a publisher and will have a book out and in your hands by Feb 2020! pic.twitter.com/frDprstMjd

The charismatic swimming star has made it through 3 episodes of Survivor Season 39: Island of the Idols and appears to be a valued and strong member of the orange tribe.

Perhaps Beisel’s announcement of a book deal is a hint that she proceeds far into the quest to ‘outwit, outlast & outplay’ her Survivor competitors. Keep up with SwimSwam’s Survivor coverage to find out.

Wow, this means she may win the whole thing, or at least be very close

but I highly doubt that she is telling her business partners the results of how she did in survivor in order to get book deals or any other kind of deals. CBS has extremely strict non disclosure agreements, the financial consequences could be steep if she tells people how she did and someone spreads the rumor. I don’t think she is doing this but it kind of alludes to it in the article. I think her career has been interesting enough to warrant a book deal without survivor