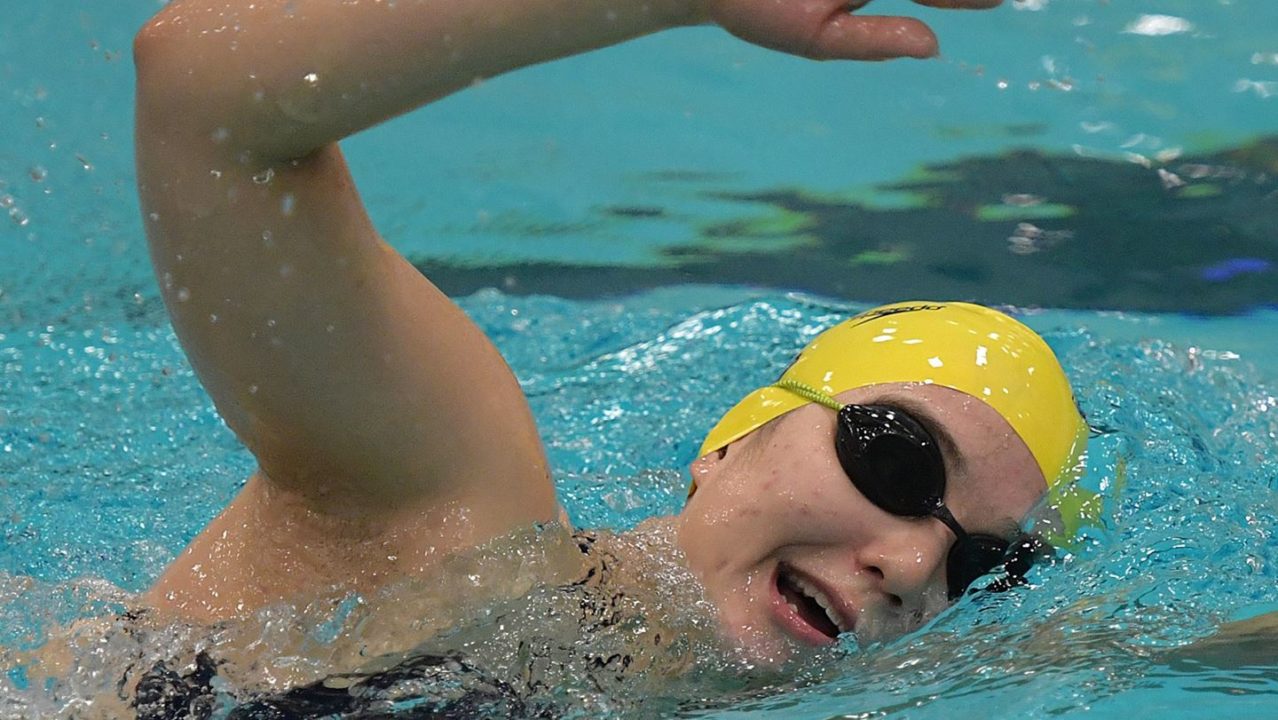 Navy's men's team won 11 events during its 158-128 win over UMBC and the Navy women's squad won all 16 events in its 171-115 victory over the Retrievers. Current photo via Navy Athletics

“We were very pleased with the overall team performance,” said Navy women’s swimming head coach John Morrison.  “UMBC presents a tough environment for visiting teams to compete in.  Their team is well coached and provides a ton of loud energy.  We came out and took control on the first relay and kept it going for three hard-fought hours.”

“We are really happy with the way we raced and competed today,” said Navy men’s swimming head coach Bill Roberts.  “The team has trained incredibly well over the last few weeks.  We feel we are in a good spot as we continue to progress through the semester and the early part of the season.”

“It was nice to have multiple swimmers step up to win races,” said Morrison.  “The most impressive victory was by Sydney Harrington (So., Fairfax, Va.) as she broke a 28-year old pool record in winning the 200 butterfly with her time of 2:00.02.”

Both Navy teams will open their 2019-20 home slate Friday, Oct. 18, when the Mids welcome George Washington, Johns Hopkins and Towson, plus the Miami (Fla.) women’s team, to Annapolis.  The meet will start at 4 p.m. in Lejeune Hall.

BALTIMORE – The UMBC swimming and diving teams opened the campaign by hosting powerful Navy in a dual meet at the UMBC Aquatic Complex.

Three Retrievers captured individual events on the men’s side. Asakawa captured the 50 yard freestyle event in a time of 21.09. Dobbie was in third at the halfway point, but rallied past two Midshipmen swimmers to win the 100 yard butterfly in a time of 51.05.

A trio of Retrievers earned second place finishes during the evening.

On the women’s side, six Retrievers recorded third-place finishes.

The Retrievers return to action next Saturday, Oct. 19 when they take on Johns Hopkins and Delaware in Newark, Del. The meet gets underway at 1:00 p.m.