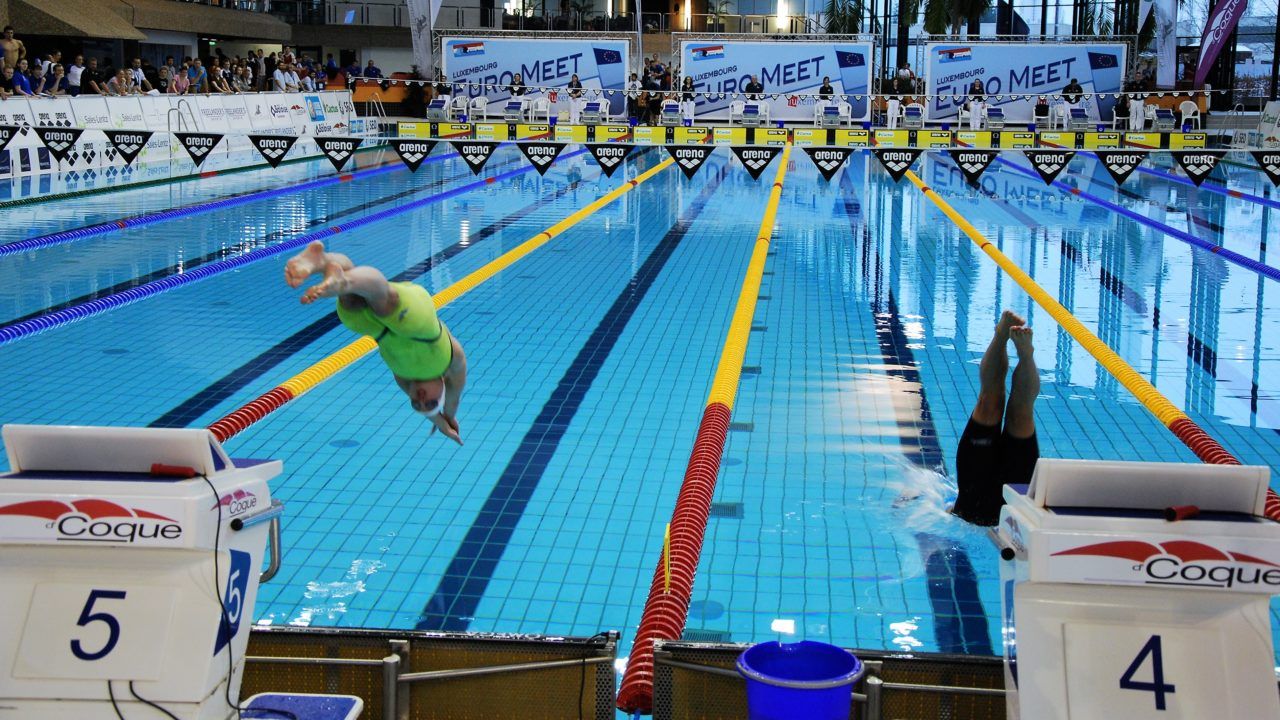 In the morning heats of the third day, Sarah Sjöström set two new meet records and Adam Peaty bettered the record in the 100m breaststroke. Sjöström is incredibly fast at this time of the season and perhaps she will be faster than in the morning in the last day’s finals of the Euro Meet 2017.

The following prize money will be awarded:

Katinka Hosszu started again a long evening with many finals with a victory, she won this event in 4:10,00 ahead of Aimee Willmott (GBR) who posted a 4:11,53 and France’s Charlotte Bonnet in 4:14,78.

Sarah Sjöström managed to improve the meet record again and was nearly one second faster, she came in with a 57,12 (58,11 in the morning, personal best is a 55,48 WR)) – again a very fast performance for this time of the season.  Second-place finisher was Ilaria Bianchi (ITA) in 59,10 followed by another Italian swimmer, Silvia di Pietro in 59,92.

Peaty said after the medal ceremony that he is working hard on every detail and that is very important for him.

Another meet record was set by Sweden’s Sarah Sjöström in 53,21 (personal best time: 52,67). Ten years ago when she started the first time at the Euro meet, she broke the Swedish junior record in the 100m fly – now ten years later the returned to the Euro Meet as an Olympic Champion in the same event. She said again after the race that her “50ies” were surprisingly fast for her at this time of the year and that she is very happy with her perfomances, also in the 100m events.

Duncan Scott (GBR) is the winner in 48,75, Greece’s Apostolos Christou grabbed the silver medal in 49,19 and Italians sprinter Marco Orsi touched third in 49,64.

And the Euro Meet 2017 finished with a MEET RECORD set by Italian swimmer Christopher Ciccarese in 1:59,63, he fought with Great Britain’s Luke Greenbank for the win, Greenbank touched in 1:59,85, also under the old meet record time. Gabor Balog (HUN) touched for the bronze medal in 2:00,94.

And the Iron Lady Katinka Hosszu took time after her last medal ceremony for a short interview and she stated that she got a little bit tougher during the last three days of competition. She swam 16 races, 16 finals, won 6 gold medals. She added that she and all Hungarian swimmers are super excited about the World Championships in Budapest in July and that they all try to get ready for the 2017 swimsport highlight in front of their home crowd.

I totally agree. It was beautiful to watch and makes me anticipate the World’s championship even more.

The only stunning thing that has happened at this meet was Sjostrom’s 24.01sec at 50 free. The time that makes the World and Olympian champions to take their hats off.

British female breaststrokers are bringing it in 2017. Imogen Clark, Molly Renshaw & Sarah Vasey could well join SMOC & Tutton in the 1.06 range this year. After years with 1 or 2 women under 1.10 – This is fantastic. I still wonder how far Sophie Taylor could have gone though.

Laszlo Cseh swam well when you actually look at him – He didn’t look ‘in-shape’ at all, somebody enjoyed his Christmas!

In addition to world class performances at all her races she won Sarah Sjostrom will take home more than €3000. Not bad for the less than 10 min swimming 🙂

Wow, Peaty. 58.94 is really close to bronze’s time in Rio…
With the rise of Scott (hopefully), if GB could find a decent BK (even a 53 flat it’s fine) they could really win the medley relay in Budapest.

Usa is still too strong at this point with Shields or Conger , Adrian , Murphy (or Grevers ) and Cordes as a possible quartet . Sorry but ….

Let’s see, IMHO if GB could find a backstroker capable of a 53 flat (big IF), with Peaty in breast, Guy in fly and Scott (I think he will be a surpise in Budapest) in free they will beat Team Usa.