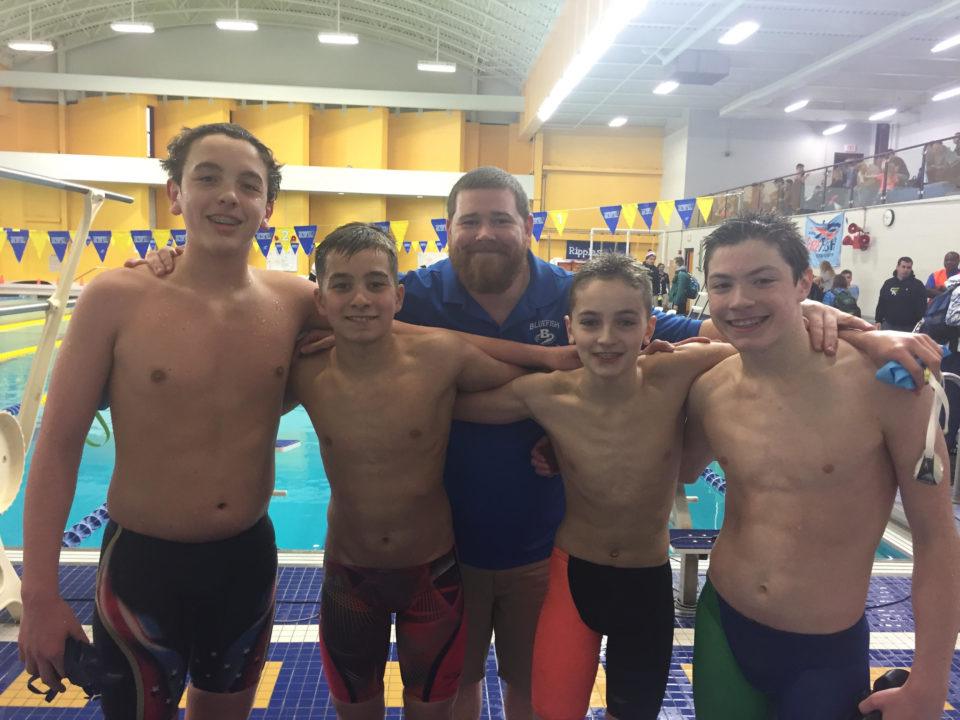 A group of 12-year olds from the Bluefish Swim Club in New England have broken the USA Swimming National Age Group Record in the 400 yard free relay for 11-12s by almost 3 seconds.

Of the 4, Misto is a 6th grader and the rest are 7th graders. Watka will age up before their spring championship meet, though the club does have another 11-12 of similar speed that will at least give them a chance at repeating the record then.

The big boon for the Bluefish was the 50.75 anchor from Lutz – almost a second faster than anybody on either the old or new record-setting relay swam.

The Bluefish swimmers train not only in the same group, but most of the time in the same lane according to Bluefish coach Greg Gillette. The group is coached by Ryan Yucka

Cheers for the ABF boys!