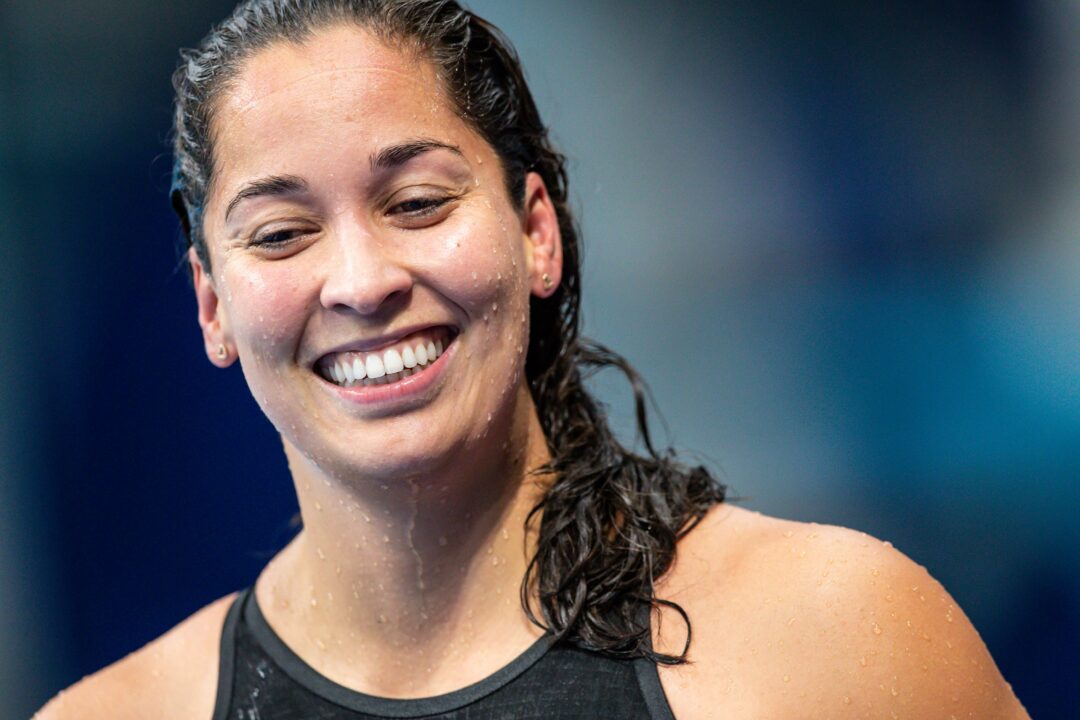 Kromo’s swim is the 2nd-fastest women’s 50 fly of all-time, behind only the World Record performance of 24.38 by Therese Alshammar. Current photo via Jack Spitser/Spitser Photography

American 17-year-old Claire Curzan took an early lead, operating out of lane 7. Veteran superstars Ranomi Kromowidjojo and Sarah Sjostrom pulled even with Curzan down the stretch, and at the touch, Kromowidjojo got it done.

The 24.44 for Kromo marks a personal best for the 31-year-old, as well as a Dutch Record, and she broke the Championship Record, which she held from 2018. Additionally, Kromo’s swim tonight is the 2nd-fastest women’s 50 fly of all-time, behind only the World Record performance of 24.38 by Therese Alshammar.