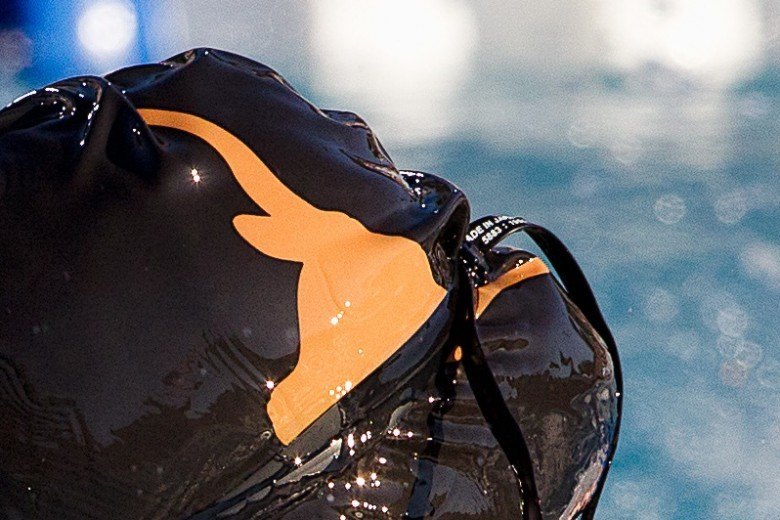 Ricky Berens swam a 1:48.4 in prelims of the 200 free, followed by Michael McBroom (1:51.12) and Dax Hill (1:53.11) before most of the Texas men’s elite group headed back home for the weekend, leaving their teammate Sam Lewis to win in 1:51.56. That crushes his career best by over two seconds in the event. In fact, his first 100 meter split (53.85) was a career best for that distance coming into the meet (though he also beat that time in the individual 100 free on Friday.)

Among the Olympians who were around in finals and took victories were Olympian Cammile Adams, who swam a 1:00.62 in the 100 fly. Adams goes to school in College Station but has been training at SwimMAC Carolina (and will continue to do so until the World Championship Trials). Working with sprint-guru David Marsh in Charlotte, she’s already shown big improvement in this shorter 100 meter race; though her best event is the 200, this swim was a lifetime best for her in the 100. If she were able to get out a bit faster, and rely a little less on a big closing kick, she could be really dangerous in the 200 internationally.

For Smith, who graduated as the second-fastest 100 yard butterflier ever in high school competition, that’s faster than he was in all of 2012, and just a tenth from his lifetime best.

Another Aggie Olympian, Breeja Larson won the women’s 100 breaststroke in 1:08.09, exacting a little revenge on Laura Sogar (1:08.44) after Sogar dominated the 200 on Friday. Sogar’s 200 was still the best women’s breaststroke swim of the meet, though Larson was solid through both of the swims.

Young Quinn Carrozza, another Longhorn Aquatics swimmer, won the women’s 200 free in a quite shocking 1:58.36. She won the 200 back on Friday, which had been her best event, but her time wasn’t anything out of the ordinary for an in-season swim.

Not only is that easily Carrozza’s best time, but note that it’s faster than the time that Alyssa Anderson swam at last summer’s Olympic Trials to take the 6th and final spot on the 800 free relay. Of all of the great swims at this meet, that might be the most revealing of them all. Sam Tucker took 2nd in 2:01.92.

Steven Richards from the Eagle Swimming Association won the men’s 50 backstroke in 27.84

Finally, Quinn Carrozza is back! And in my opinion the 200 free is her best race. 1.58.36 is a new PB. Her previous PB was 1.59.19 in 2011 at the junior nationals behind Lia Neal and ahead of Katie Ledecky. If she swims this time or a little better in Indianapolis she has a good chance to go to Barcelona in the 4X200 free relay with Missy Franklin, Allison Schmitt, Katie Ledecky and the others.

For what it’s worth, other than a couple of individuals in Finals, the Aggie swimmers have not suited up for this meet. Last night was just Adams for 100Fly (but not the 4IM) and Larson for the 100Breast. So there is definitely an apples to oranges (no pun intended) component to most of the time comparisons.

Such a nice person as well. She swam for Nitro for one year before going back to Longhorns after the Trials. Big loss for Nitro, but she was a Longhorn kid anyway.