Australia’s Elmslie Doubles Up on Night 3 of SMOC 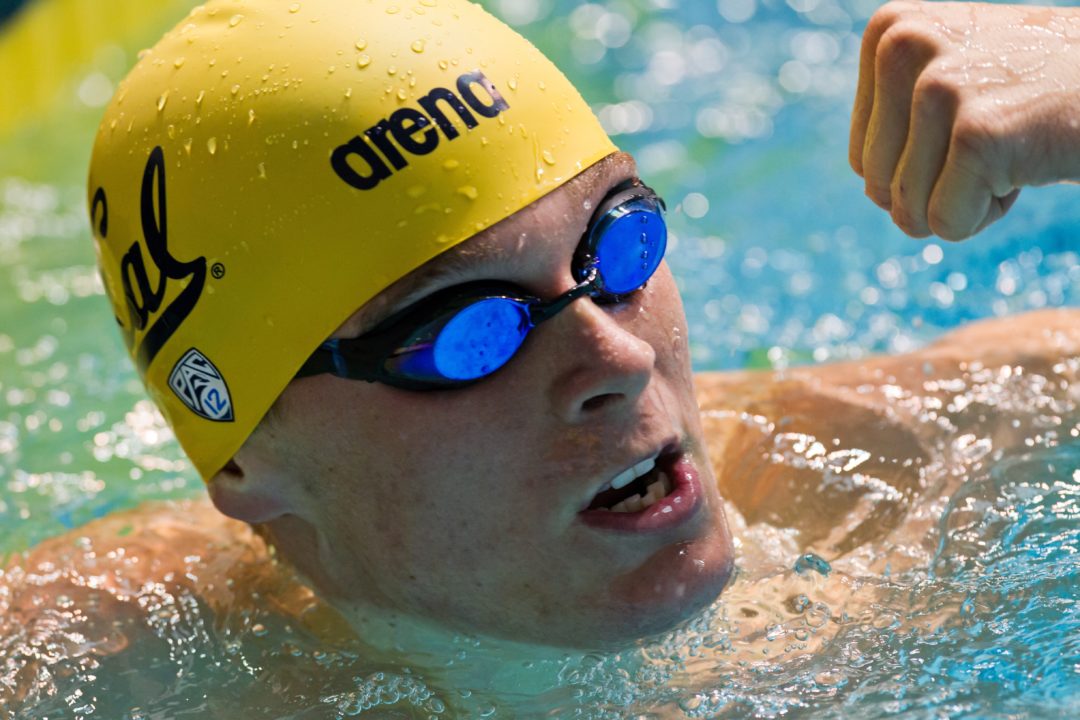 The third night of the TYR/Mission Viejo Fran Crippen Memorial Swim Meet of Champions was wrapped up earlier tonight.

Brittany Elmslie of Australia won the women’s 200 free in record time, touching in 1:57.75.  That time would have was two seconds faster than her 5th place finish at the Santa Clara Grand Prix, and over a half second faster than Missy Franklin’s winning time last weekend.  U.S. Olympian Chloe Sutton (1:59.69) and Elizabeth Pelton (2:00.13) were the closest contenders in the event.  Elmslie doubled up later in the evening for her third title of the meet in the 50 free, finishing almost half a second ahead of the rest of the field (25.48).  Cal’s Rachel Bootsma (25.90) and Kasey Carlson of USC (25.97) rounded out of the podium.

Alexa Komarnycky of Island Swimming won the final women’s event of the evening, the 400-meter IM, in 4:45.90.  There wasn’t a notable split that propelled Komarnycky ahead, but her consistency through all four strokes allowed her to build a 2+ second lead over the field.  That time isn’t spectacular for the Canadian international, but Komarnycky is fresh off an altitude camp in Arizona, and is gearing up for Barcelona this summer.

Two-time Olympic medalist Nikita Lobintsev of the Trojan Swim Club went out fast, and ultimately distanced himself from his closest competition over third 50 to capture the men’s 200 freestyle in 1:48.60.  Lobintsev, who has won two Olympic relay medals while competing for Russia, took this one out hard (52.33 on the front half), and put away his training partner/only challenger Dimitri Colupaev over the final 100 meters.  Colupaev actually flipped first at the 100 mark (52.25), but he couldn’t hang on back half, settling for second in 1:50.61.

Cal’s Josh Prenot used a killer final 100 to storm ahead and capture the men’s 200 breaststroke (2:14.21).  Prenot is looking to build on what was a great freshman campaign with the Bears, where he recorded three top 8 individual finishes.  Ashton Baumann of Canada led the way at the 100 mark, ending up second in 2:16.27.

Following a great race in the 100 free on Friday night, Seth Stubblefield and Sidni Hoxha were at it again tonight in the 50 meter freestyle.  Although Stubblefield was victorious in 22.86, Hoxha actually set the Albanian national record, touching at 23.13.  With a swim like that, look for Hoxha to be the first Albanian under 23 seconds.

17-year old Corey Okubo of the Aquazots went relatively unchallenged in the 400 IM, finishing almost four seconds ahead of second place, clocking in at 4:23.59.  Okubo’s backstroke, where he split 1:05.39, was the difference maker; he was multiple seconds faster than everyone in the field.