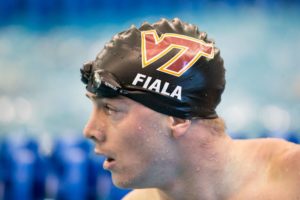 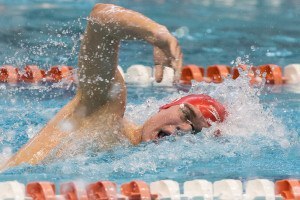 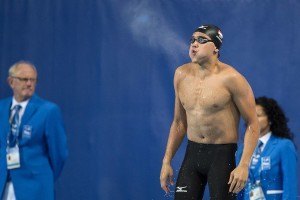 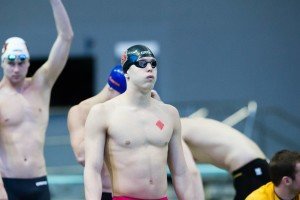 Ryan Held will be NC State’s #1 sprint weapon next season, while he heads into this weekend as the fastest sprint freestyler in the conference not named Simonas Bilis. 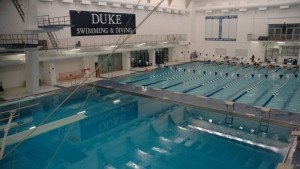 Sam Lewis
Sam Lewis was born Nov. 1,1993 in Tyler, Texas. Lewis’ family has a strong sports history in the state of Texas — his great grandfather played baseball at Texas A&M and his cousin played football at Baylor University. As a distance free and IM specialist, Lewis attended Robert E. Lee High School where he was a four-time high school All-American. The current junior is an All-American, honorable mention All-American, Big 12 champion, and a Spurs fan.

2014-2015
Lewis returned for his junior season as a Longhorn, qualifying for the NCAA Championships three years in a row. He started off his meet in the 500-yard free, and Lewis advanced to the championship final. He added a significant four seconds from his preliminary time, which dropped him from potentially winning a bronze to finishing in 7th place. On day Lewis finished 19th in the 200-yard free, and followed up his swimming by helping Texas finish 8th in the 800-yard free relay. In a time final Lewis’ last event was the 1,650-yard free — his time of 14:47.99 earned him a 9th place finish, a win in the consolation final.