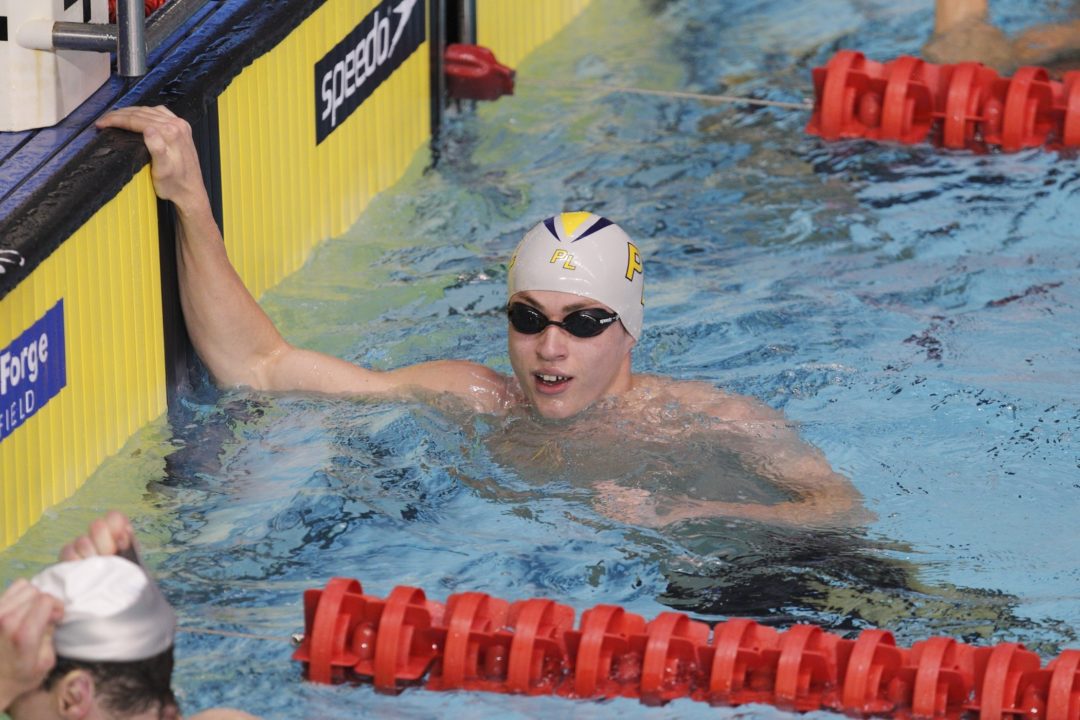 Already after just one night of racing, we’ve seen 3 British Records fall, with numerous lifetime bests clocked along the way.

Bath’s Lizzie Simmonds blasted her way to a new British short course record in the women’s 100m backstroke tonight, winning the event in a time of 56.35. That time knocks .14 of a second off of the previous record of 56.49, a mark that Simmonds herself held since 2013. Of her gold medal and record-breaking swim, Simmonds said, “I’m very pleased with that swim. After a disappointing world champs for me, this season is about the process of re-setting and learning from that. With tonight’s PB and gold, that’s a good sign for me!” In Kazan, Simmonds had finished 14th in the LCM version of this event out of semi’s, thus missing the final at the 2015 World Champioships.

The men’s 50m freestyle was the next British record to fall, as Plymouth Leander’s Ben Proud rocked a sub-21 outing of 20.74 to get the win. In topping the podium, Proud lowered a long-standing national record, that of a 21.13 from Mark Foster held since way back in 2001. For Proud, his thoughts after the race included, “I’m really pleased. This morning I swam a 22 so I wasn’t quite sure what to expect tonight but I felt really fast and I was just trying to think about getting all the detail right. As soon as I nailed my turn, I knew it was going to be a fast swim but I didn’t think it would be sub 21 seconds.”

The final British record victim came in the form of the women’s 50m breaststroke, where 16-year-old Imogen Clark stormed to the wall in a final time of 30.02.  The previous mark was another long-standing record, that of the 30.31 held by Zoe Baker since 2002. 30.66 was Clark’s swiftest time headed into this meet, so the youngster fired on all cylinders to get het job done tonight.  Of note, Clark is a member of Great Britain’s Podium Potential High Performance Squad.

Also in that women’s 50m breaststroke race was Hong Kong’s Yvette Man-Yi Kong, who touched in 30.84 for bronze and a new national record for her country of Hong Kong.

Topping that men’s 400m medley relay final was Loughborough University, who finished in 3:31.24, followed by Bath University in a mark of 3:31.65 for silver.