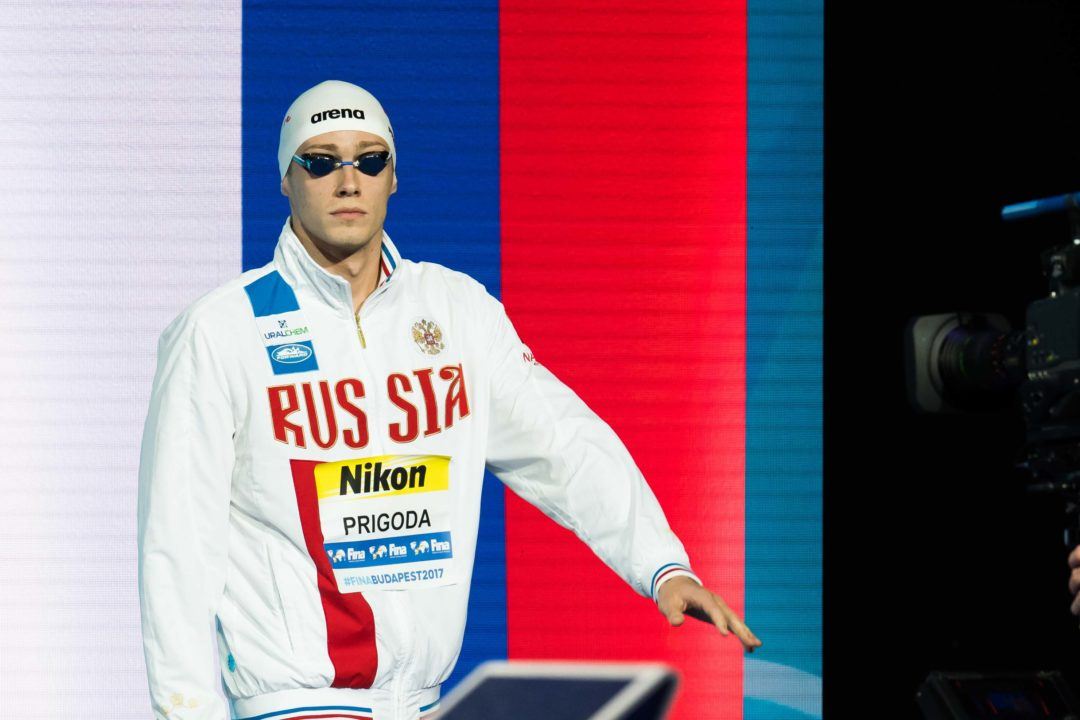 Kirill Prigoda is one of the Russian swimmers using the World Cup meet in Tokyo as a qualifier for Short Course Worlds. Archive photo via Mike Lewis/Ola Vista Photography

The Russian Short Course Championships are currently underway from Kazan, with the meet acting as the country’s qualifier for the upcoming World Championships in Hangzhou. And as we’ve reported, five athletes competing at the Tokyo World Cup are using that meet for qualification instead of those Nationals.

We’re now two-thirds through both meets, with four of six days done in Kazan and two of three done in Tokyo, and we’re going to take a look at their projected roster for the SC World Championships thus far.

Their criteria for qualifying is fairly simple. The top-2 swimmers in each individual event under the qualifying standards make the team, along with the top-4 in the 100 and 200 freestyle, and if the winner of any of the stroke 100s doesn’t hit the standard, they’ll be added for the medley relay.

With one day of the World Cup and two days of Nationals to go, the current projected roster is as follows:

** denotes that the event has yet to be contested at Nationals

Two swims at Nationals were affected by those: Sergey Fesikov hit the standard in the men’s 100 IM, but was bumped out with both Morozov and Kliment Kolesnikov ahead of him, and Maria Temnikova tentatively had a spot on the team for the women’s 400 medley relay after winning the 100 breast but missing the time cut at Nationals, but Efimova bumped her out.

Notably, Mikhail Dorinov‘s spot on the team is certainly at risk with Prigoda and Anton Chupkov swimming the 200 breast on day 3 in Tokyo. Other than that no one is expected to be bumped. Chupkov is the only one competing at the World Cup that has yet to put himself on the team, but as the reigning long course World Champion, the 200 breast is clearly his best event.