Phelps Tested 8 Times by USADA in Q2, 2014: As Many as Any Other American Athlete 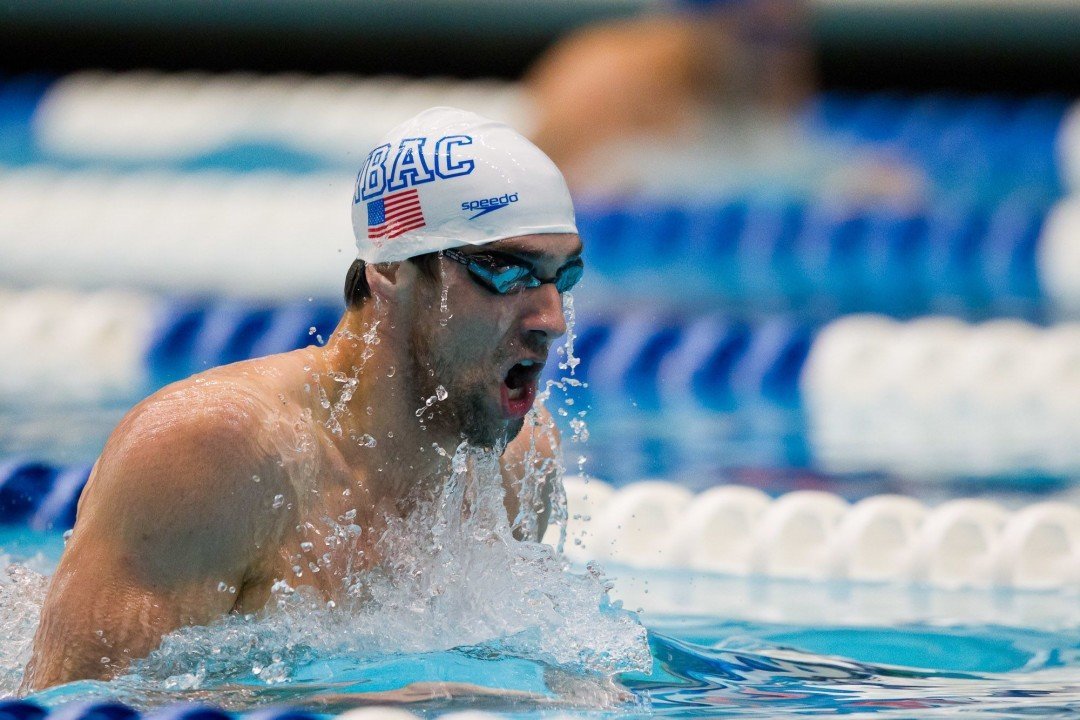 Michael Phelps was back in the racing pool with strength in the 2nd quarter of 2014, but also made a strong appearance back in USADA's testing pool. Archive photo via Tim Binning/TheSwimPictures.com

It didn’t take long for Michael Phelps to get back into the swing of things after making his return to competition at the 2104 Mesa Grand Prix earlier this year. Phelps has quickly regained form, which included winning three gold medals and two silvers at the 2014 Pan Pac Championships.

Phelps also regained form in the testing pool; with the USADA’s release this week of its testing count numbers for the 2nd quarter of 2014 (the quarter in which Phelps made his comeback), it was revealed that he was tested 8 times at USADA’s direction. That tied him for the most among all athletes in the USADA pool with cyclist Tom Zirbel.

Note: The USADA numbers do include tests conducted in foreign countries at the USADA’s request, but don’t include tests done at the initiation of other sports organizations besides the USADA.

In total, 93 swimmers were tested 158 times by USADA in the 2nd quarter. Others who were hit heavily by in-competition and out-of-competition testing include Nathan Adrian (5), Katie Ledecky (5), and Becca Mann (6).

FINA has still not updated any of their testing numbers from 2014, but we do know they tested Phelps once Out of Competition in December of 2013. In total, Phelps has been tested at least 16 times since he began his comeback officially in 2013.

Among other interesting results of the quarter include the information that butterfliers Dana Vollmer and Christine Magnuson are both still in the testing pool and were tested in the 2nd Quarter of 2014. Neither has raced since the 2013 World Championships.

In the USADA’s public testing database that dates back to 2001, Phelps has been tested by-far the most of any swimmer in the U.S. Out of 1,167 swimmers and 9,309 total tests, he has been tested 151 times. Swimmers, in general, rank very high on that list as a whole – which largely has to do with the number of events that swimming has, with winners at various levels all being subjected to in-competition testing. Among swimmers, only Natalie Coughlin (105) and Ryan Lochte (133) have been similarly tested more than 100 times.

By comparison, Lance Armstrong was only tested 29 times in his career by the USADA. Cycling in the same time period had only 8,125 tests, spread out over 1,682 athletes. Track & Field had more tests (18,122), but again spread out over three-times as many athletes (3,063), meaning many fewer tests per athlete.

Below is the list of all swimmers, all-time, who have been tested more than 45 times since 2001 specifically by the USADA.

Just curious (and I hope no one will misinterpret this question) but I believe that FINA has a policy of testing athletes more intensively when they have returned from a doping ban. Does FINA and/or USADA do something similar when athletes have been out of the test pool for other reasons, such as an aborted retirement?

Can you post the link? wanna look at other swimmers

i dope for swimming but i only go to zone championships