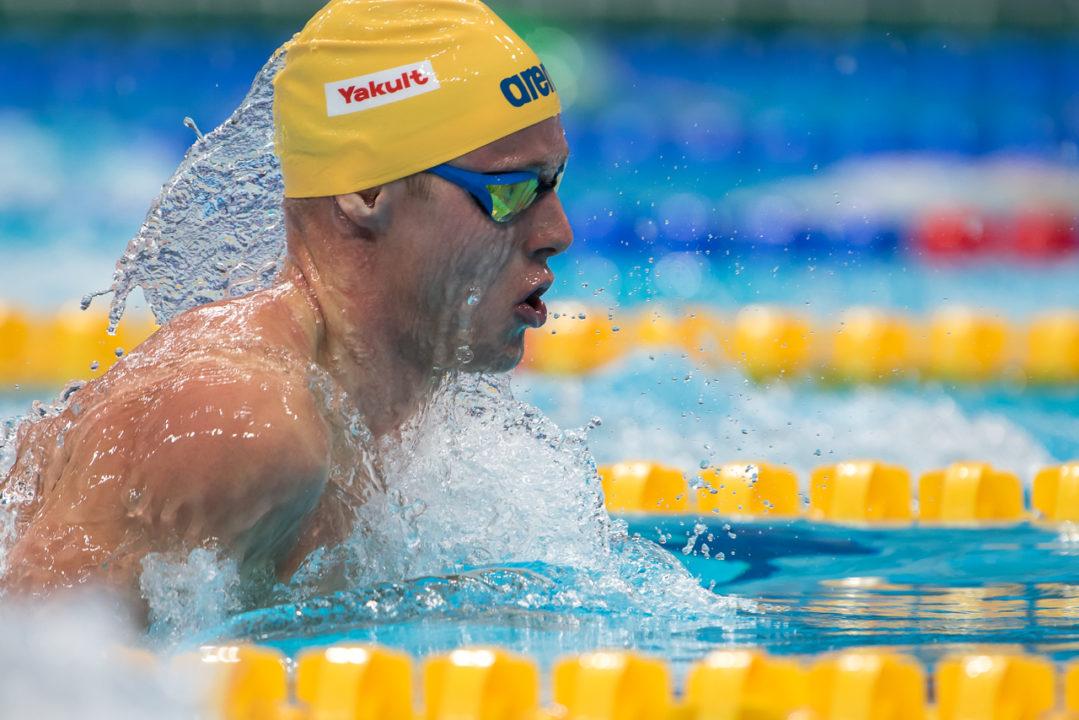 As a repeat of this year's Stockholm Open, the men's 200m breaststroke battle between Swedish National Record holder Erik Persson and Finnish rival Matti Mattsson carried on in Pori, Finland.

Some of Finland’s top swimmers were in the pool on day 1 of the Pori International Swimming Classic, battling for meet titles, as well as qualifying times for this summer’s World Championships.

The qualification period for Finnish swimmers wishing to qualify for Gwangju ends on June 13th. Below are the minimum time standards:

Mimosa Jallow kicked off her campaign with a sub-28 second 50m backstroke, clearing the field in a winning effort of 27.97. The bronze medalist in this event from the 2018 European Championships, Jallow represented the only swimmer here to night to dip under the 29 second threshold as well, easily beating the 28.58 QT for Gwangju set by the Finnish Swimming Federation.

Tonight’s time for Jallow was just .01 shy of her season-best clocked at the Stockholm Open last month. She also won the women’s 200m backstroke tonight, clocking 2:19.47.

Niko Makela produced the winning mark of the men’s 50m fly field, topping the podium in a mark of 23.81. That time also dips under the 23.85 time minimum needed for this summer’s World Championships. Makela owns the Finnish National Record in the men’s 50m backstroke (SCM) with the 24.25 logged at last year’s Finnish Championships.

The other World Championships-worthy efforts came in the men’s 200m breaststroke battle between Swedish National Record holder Erik Persson and Finnish rival Matti Mattsson. Persson got to the wall first, hitting the time pad in 2:10.64, with Mattsson finishing just over a second behind in 2:11.91.

For Persson, the 24-year-old already put up the 2nd fastest time of his career, cranking out a big-time 2:08.75 at the Stockholm Open this past April. Mattsson was also in that race, touching in 2:10.30. The minimum time requirement for Gwangju is 2:12.24 for Finnish men, so both of Mattsson’s efforts dip under that threshold.