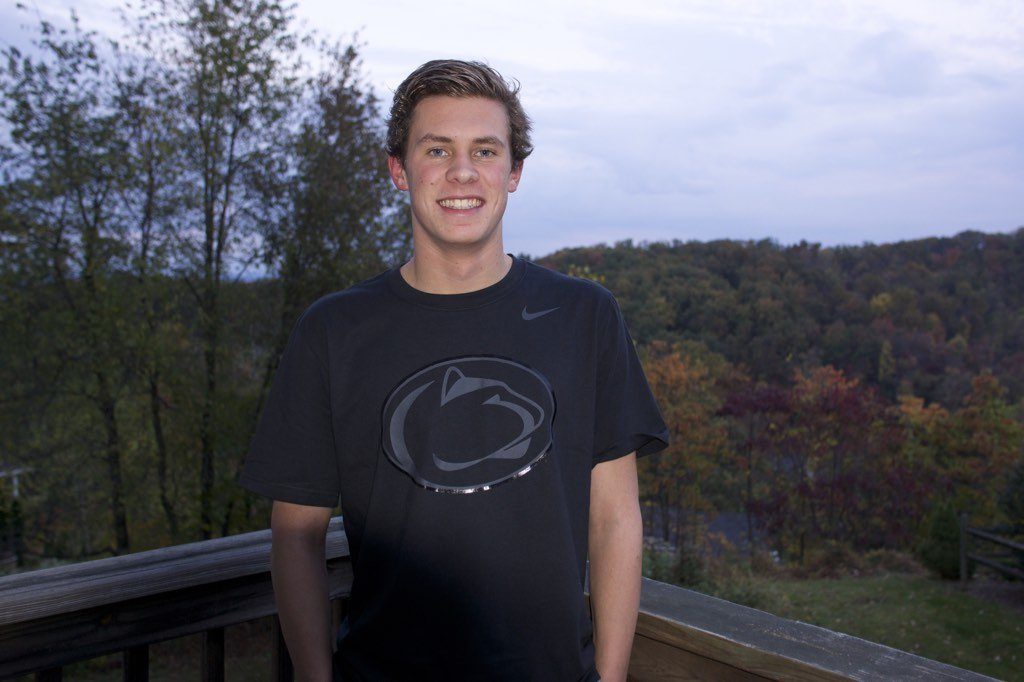 Sterg Dikos from Lancaster Aquatic Club and Governor Mifflin High, has made a verbal commitment to Penn State.

Sterg Dikos, from Lancaster Aquatic Club in Lancaster, Pennsylvania, has made a verbal agreement to swim for the Penn State Nittany Lions beginning with the 2015-16 season.

“With such great academics, coaching staff and team Penn State was where I wanted to be. I am very excited to be a Nittany Lion!”

Dikos has a rather remarkable story. He was primarily a water polo player until about a year ago. He only picked up club swimming last spring, after his junior season at Governor Mifflin High School. This means he only has one long course season under his belt, making it all the more impressive that he already has Winter Juniors cuts in the 100m free and 100/200m fly.

Here are some examples of his times. In short course yards, Dikos only has four officially-recordable swims, all from Pennsylvania High School District 3 Championships:

It’s a little early to figure out where Dikos will fit into the Penn State roster, but as guidance, here’s what it took to make A/B/C finals at 2014 B1G Championships:

What’s clear is that Tim Murphy and his staff are getting a swimmer with proven athletic talent who is still a work-in-progress, and that’s a very exciting prospect for a coach. Dikos will join fellow commits Robbie Dickson and Sam Petrini in the class of 2019.