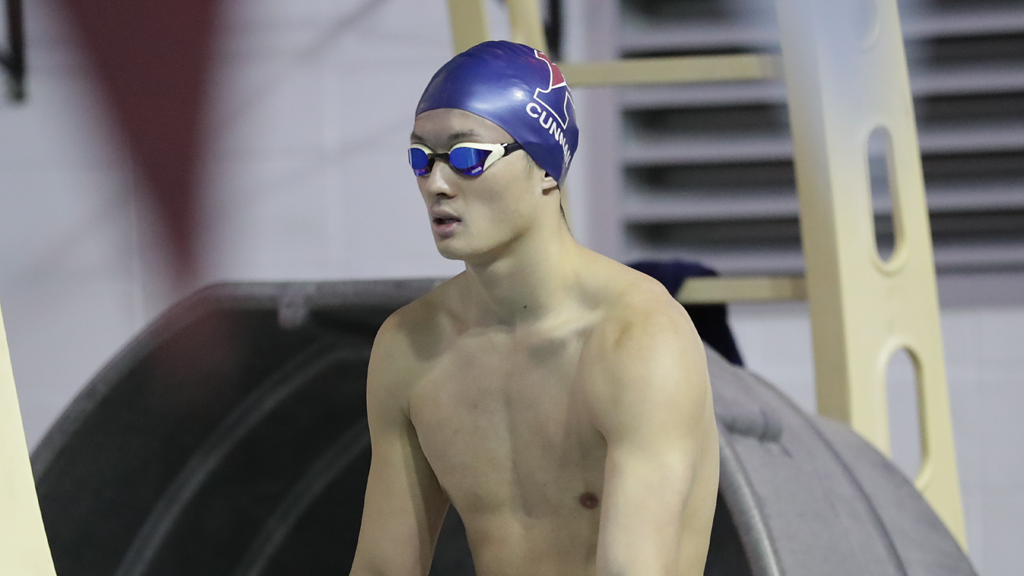 The Penn swimming and diving programs took a clean sweep at the Miami Invitational as both the men's and women's programs earned team titles. Current photo via Penn Athletics

OXFORD, Ohio – The University of Pennsylvania swimming and diving programs took a clean sweep at the Miami Invitational as both the men’s and women’s programs earned the team titles following three days of competition.

It wasn’t the most straightforward invitational. Friday night’s finals were cancelled after issues with Miami’s pool and Saturday’s final session did not start until 4:15, so swimmers had to start with their best swims in the final two days with all swims counting as finals.

Penn’s swimmers did just that.

In the final two days of competition, Penn had 37 swimmers/relay teams podium in 24 events. The Quakers topped the podium in 14 of those final 24 events.

Reviewing the Penn Women
The Quakers made a statement this week, closing out the Miami Invitational atop the leaderboard with 1,352 points. Hosts Miami were the closest to the Quakers, tallying 1,066 points across the week.

Andie Myers earned the Quakers’ second win of the weekend on Friday. The junior sprinted to a 54.74 finish to top the field in the 100 fly. Joanne Fu followed closely behind, clocking in at 54.97 to claim second.

Serena Xue earned Penn’s final first-place finish of the weekend. The senior raced to a 2:17.85 finish to top the field in the 200 breast.

The Quakers closed out the meet in style, earning its 17th top-three finish as a team of Meredith Newman, Mollie Westrick, Amanda Hseih, and Layne finished third in the 400 free relay with a time of 3:26.48.

Reviewing the Penn Men
The Quakers absolutely dominated at the Miami Invitational. Penn won 16 of the event’s 17 events and had 33 top-three finishers. The Red and Blue finished the meet with 1,261 points, followed by hosts Miami in second with 1,076.5.

The cherry on top of a top-quality weekend was a pair of meet records. On day one, the Quakers paced the Miami Invitational record for the 200 free relay as Nathaniel Cunnan, Sean Lee, Matthew Dieffenthaller, and Noah Pereles raced to a record time of 1:20.63.

Billy Fallon headlined a group of Penn swimmers which claimed the top six spots in the 500 free with a first-place finish (4:26.10). The first day continued with Lee and Boris Yang taking first and second in the 200 IM. Lee posted a career best time of 1:46.90 to take first while Yang finished a hair behind in second after touching in 1:49.57.

Althoff claimed first in the 200 back (1:49.37)—his only solo victory of the weekend. Cunnan claimed his second individual win of the season as he sprinted to a first-place finish in the 100 free with a time of 44.36. Dieffenthaller followed a hair behind in second, touching at 44.47.

The individual events closed out with Sean Lee setting a meet record with a first-place finish in the 200 fly with a time of 1:46.83. The Quakers closed out the invitational with their 16th win of the weekend as Cunnan, Lee, Dieffenthaller, and Pereles paced the 400 free relay after touching in 2:59.85.

UP NEXT
Penn finished its fall season in style and will now enjoy a break from competition until 2020. The Quakers are next back in action with a tri-meet against Dartmouth and Yale in New Haven, Conn.