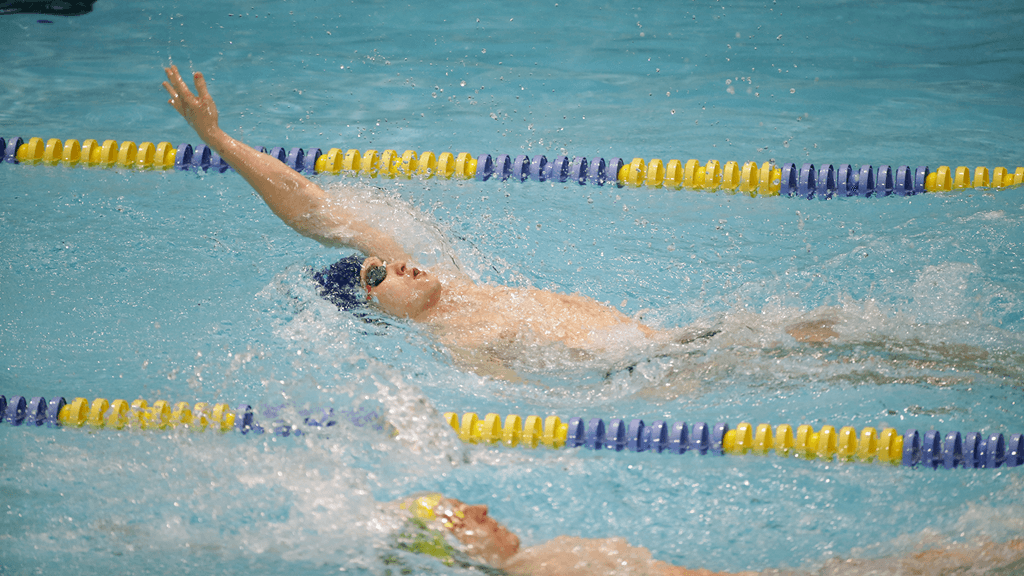 VILLANOVA, Pa. – The Villanova men’s and women’s swimming and diving teams ended another competition in a split where the women topped Penn, 177-123 and the men fell 171-120. The women captured their third straight victory and the men are still on the hunt for their first.

The women continued their impressive run this season capturing 11 first-place finishes on the evening. They earned three, 1,2,3 sweeps in the 50, 100 and 200-yard freestyles. In the 50 free, Taylor Wilson clocked in first at 23.83, Alexa Fabbri came in next at 24.11 and Abby Berloco took third with a time of 24.28. In the 100-yard freestly, Wilson led the pack again with a 51.53 finish, Milly Routledge placed second, touching the wall at 52.09 and Berloco clocked in again at third. To finish up the evening sweeps, Routledge, Fabbri and Kathleen Miszkiewicz captured the top three places in the 200-yard freestyle.

On the men’s side, Justin Cucchi swam to a first-place finish in the 100-yard backstroke and 400-yard freestyle relay and a second-place finish in the 200-yard backstroke. He clocked a time of 51.44 in the 100-back and a time of 1:51.45 in the 200 and he also finished third in the 100-fly. In the 400-freestyle relay Cucchi was joined by Stephen Krecsmar, Nick Spina and Andrew Kelley and they finished with a top time of 3:09.16. Clocking in behind them at 3:18.54 was John Davidson, Sam Fanatico, Luke Sabal and JJ Strain in second.

Krecsmar, Jackson Kabas, and freshman Jesse March also swam to first-place finishes for the men. Krecsmar swam to two top finishes on the evening, one in the 500-yard free and one in the 100-fly. He clocked in at 20.81 in the 500-free and at 50.83 in the 100-fly. Kabas took home the 400-yard individual medley with a time of 4:16.75. Calum Lehman and Alex Klippel swam in behind him at second and third.

Marsh earned his top finish of the evening in the 200-fly with a time of 1:55.85 and also finished second behind Krecsmar in the 100-fly.

The men and women will conclude the fall schedule with their next meet at the Brown Invitational in Providence, R.I. on Friday, Nov. 30 to Sunday, Dec. 2.

PHILADELPHIA — The University of Pennsylvania men’s and women’s swimming and diving programs split a dual meet with Villanova this afternoon. The men picked up a 171-120 team victory while the women fell 177-123.

What’s Next?
Penn’s men and women look ahead to some Ivy League competition as the Quakers travel to Ithaca, N.Y. for a tri-meet with Cornell and Princeton on Saturday, Nov. 17.