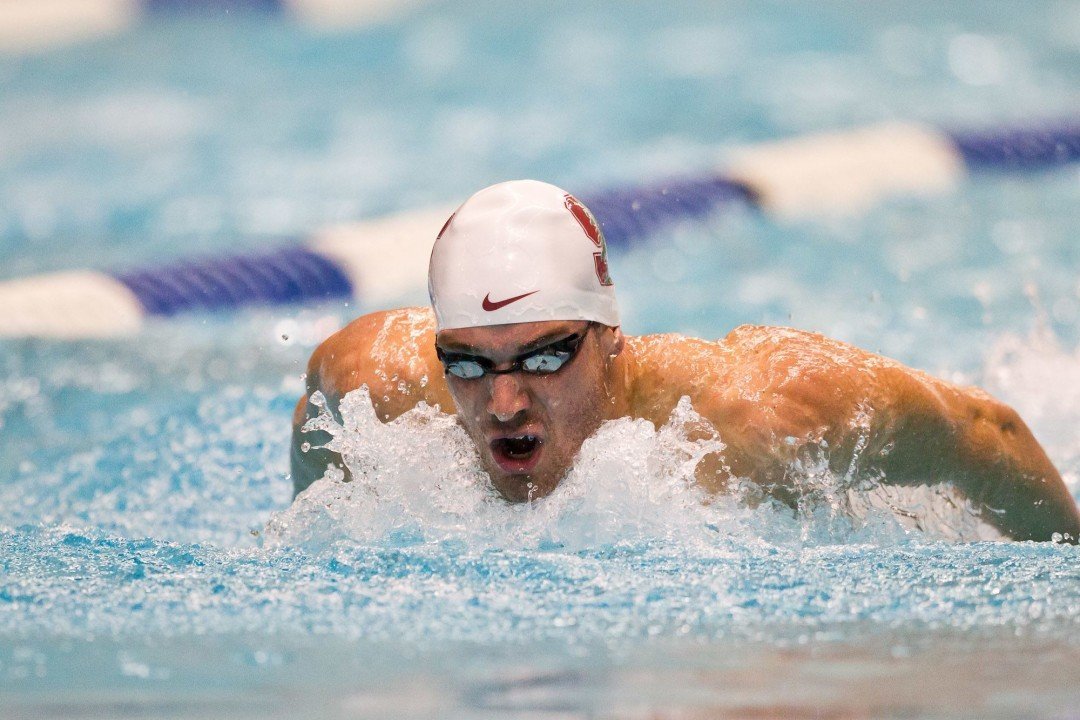 Bobby Bollier's time on Friday was his fastest since placing 3rd at the 2012 Olympic Trials in the same race. Archive photo via Tim Binning/TheSwimPictures.com

SwimAtlanta returned to competition for the first time since the spring, hosting an intrasquad meet that also featured some of their collegiate members.

SWAT Swim Team is fundraising to rebuild their pool, the Eastern Shore Aquatic Center located in Daphne, AL after it was destroyed in Hurricane Sally.

For Bollier, attending the meet as part of the Palo Alto Stanford Aquatics team, that’s his fastest time in the event since finishing 3rd at the 2012 Olympic Trials.

The 25-year old swimmer took his race out in 56.01, finishing in a back-half split of 1:01.74, which given the final result is a bit less front-speed heavy than we’re used to from him. Given the timing, though, that might not be a bad thing.

Bollier’s was the most significant result on the day, though there were a few other nice swims.