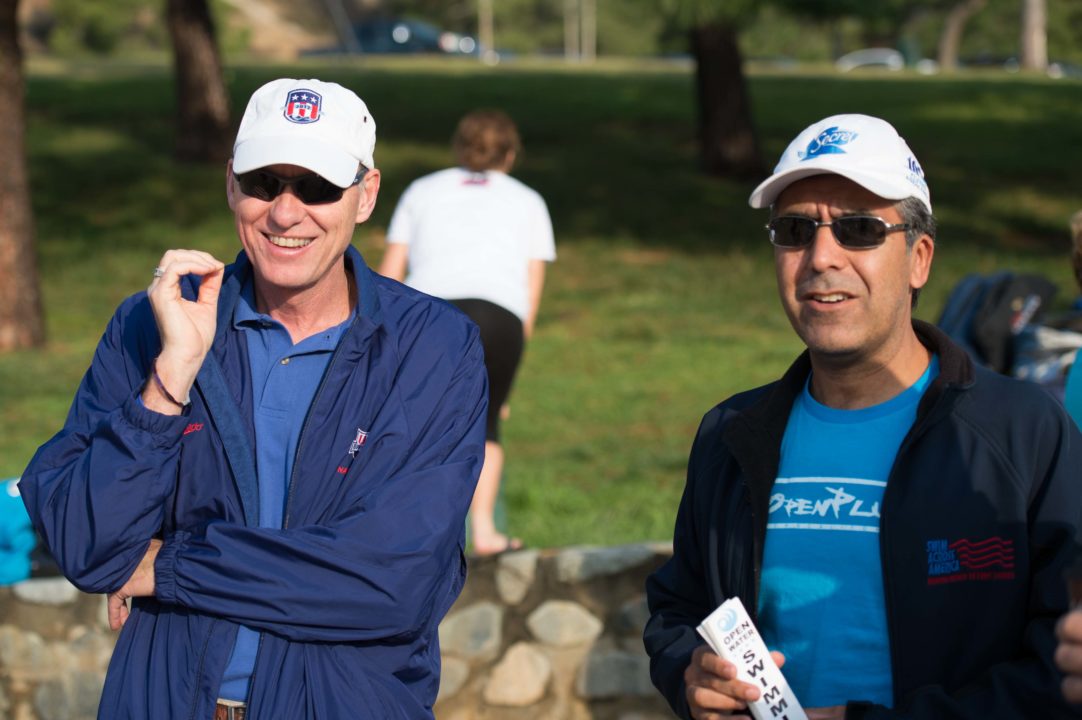 Steve Muntanoes, one of the world’s foremost experts on open water swimming, has suffered a heart attack, according to a Facebook post by his sister.

He served as the USA National Open Water Swimming Team coach at the 2001, 2003, 2004, 2005, and 2007 World Open Water Championships, and in 1982 was a world champion over 25 kilometers. In 2011, the International Swimming Hall of Fame gave him the Irving Davids/Captain Roger W. Wheeler Memorial Award.

Munatones was on an escort boat for one of Diana Nyad’s famous attempts to swim from Cuba to Florida, and was scheduled to be the official observer on her final, successful, attempt, but was unable to make it due to a scheduling conflict. He did test the jellyfish suit designed for Nyad’s swims, and was called the “unofficial American dean of open-water swimming” by the New York Times.

We at SwimSwam wish our colleague and friend Steven, who most recently contributed to the April 2016 edition of SwimSwam Magazine, nothing but the best wishes for a full recovery.

Steve is among the brilliant and steadfast people of this world. To be around his generosity of spirit, mind, and heart in action is to come away the better for its supportive and illuminating effects. Strength of character, with a sense of humor, Steve, you are the best and you are treasured. Our positive thoughts are with you.

If Steve can go thru 4 Cambridge, MA winters without ever wearing pants (bet this is a little known fact to all of you who know him thru open water swimming) … lord knows he’s got this! Love and Prayers to “Yifter” and his amazing family. -a Harvard Water Polo and Munatones family fan

Sending love and prayers to one of the Icons of open water swimming and a true gentlemen. Get well soon Steve.

Steve..I often think of you and I sharing sugary breakfast cereals and a good laugh at 3 AM in the middle of the Gulf while DN was swimming away…We were grateful and lucky to have you on our swims…
WE are praying for you in St Martin
回復とよく生きます…

Steven has been so generous with his support and caring of us goofy open water swimmers. Our prayers and love to you. Kathie Hewko

wishing him a speedy recovery. what a great son he has to react and help in that time of need. i’m sure there will be many praying for him because of all the good he has brought to others. get well soon!

I have been thinking about Steven and his family since I found out early this afternoon. Sending positive, healing thoughts their way.