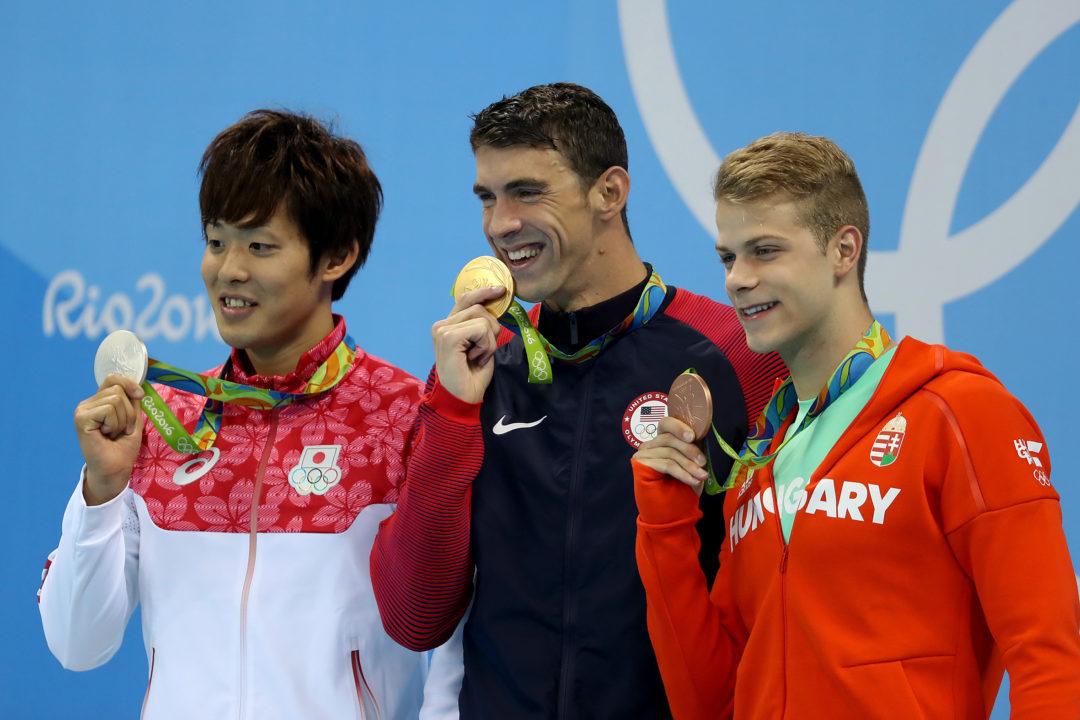 The upper echelons of Japanese swimming have been on a non-stop competition train this summer, hitting the Pan Pacs, Asian Games and Japanese Student Championships. For some, the journey continues with the 73rd National Sports Festival taking place this weekend in Tsuruga City.

Although powerhouse Olympians Daiya Seto and Kosuke Hagino are absent from the meet’s start lists, plenty of talent will still be making splashes over the 3-day affair. One such swimmer is Masato Sakai, the 200m fly Olympic silver medalist from Rio that’s been flying under the radar ever since.

As reported last month, 23-year-old Sakai underwent surgery to address a Ganglion cyst affecting one of his shoulders. The issue caused the swimmer pain and hindered his swimming, rendering Sakai off of the Pan Pacs and Asian Games rosters for Japan.

With the nation’s Short Course World Championships qualifying meet coming up in October, this National Sports Festival will serve as a testing ground for Sakai to determine where his shoulder is at leading up to those Trials.

Additional key swimmers set to compete this weekend in Tsuruga City include:

I wish American stars like Simone Manuel or Katie Ledecky be that competitively active as Ikee Rikako. It is unfair towards their fans to wait 360 days in a year for one 5 day meet where they perform.

I mean it really doesn’t matter what fans think. This is their career and their life. If not racing as much works for them let them do it.

Their choice, but those two swimmers you mentioned are still college students. This is their first year as pros, but with their school load, it would be hard to do as many competitions.

Also geographically, it is easy for Asian athletes to compete in each others’ countries. Despite the small area, Japan has so many fantastic LCM facilities. They do LCM competitions pretty much all year around. Most of schools including elementary, junior and senior highs have SCM pools for their PE classes and open for the communities during the summer.