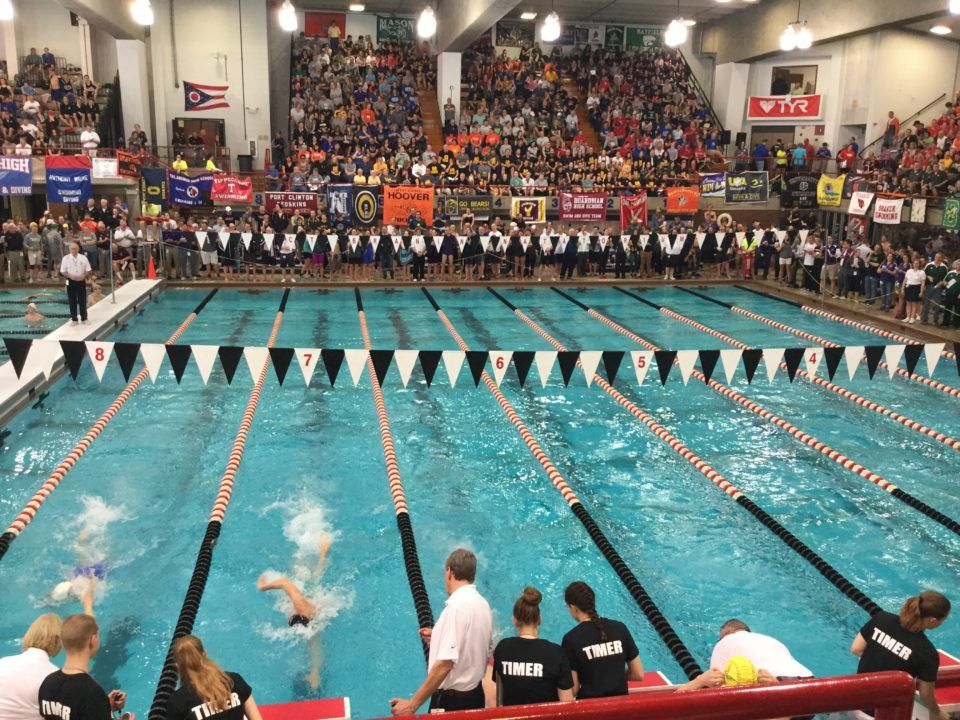 OHSAA announced that its state championships will remain at C.T. Branin Natatorium in Canton, Ohio, with the competition taking place February 24th-27th. Archive photo via SwimBros

Oakton senior Anthony Grimm was in excellent form last week, picking up another 2 individual VHSL titles to cap off his career

The Ohio High School Athletic Association’s (OHSAA) Board of Directors convened at their regularly scheduled January meeting, with a decision regarding the swimming and diving state tournament coming out of the conversation.

The board decided that the state championships will remain at C.T. Branin Natatorium in Canton, Ohio, with the competition taking place February 24th-27th.

However, there will be no prelims in the competition. Only timed finals will be conducted, with each high school division competing over one day to minimize the number of people on deck. (Canton Rep)

The 2020 edition of the women’s Division I Swimming and Diving State Championships saw Dublin Coffman secure its first-ever state title. As for Division I men’s, it was Cincinnati St. Xavier who recorded its 41st state swimming championship victory, marking the school’s 12th consecutive state swimming title and 41st overall.

The school listings are for the Central District only. Southwest, Northeast and Northwest schools are not included.

Yeah. I was a little confused at first when I didn’t see my school, or even St. X or Hawken