An Ohio high school swim coach passed away tragically on Friday during a terrible accident while mowing his lawn. According... Stock photo via Tim Binning/TheSwimPictures.com

An Ohio high school swim coach passed away tragically on Friday during a terrible accident while mowing his lawn. 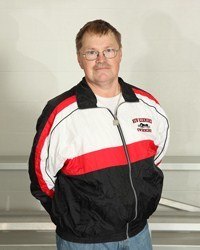 According to an obituary posted by the New Richmond Exempted Village School District, Joe Middeler died while mowing his lawn after the lawn mower somehow flipped on top of him at his home in Moscow. The 63-year old grandfather had been the coach at nearby New Richmond High School for 15 years in the Cincinnati Area.

Middeler started the New Richmond Middle School program in the early 1990’s and has led the varsity program at his alma mater since later that decade.

“This is a tragic loss for our district and the NR community,” said NREVSD Supt. Adam Bird. “Joe was a popular coach and school supporter for decades and will be missed.”

The New Richmond program has produced a handful of Division I swimmers during Middeler’s tenure, including Nate Kramer at the University of Cincinnati and Alex Lewis at Cleveland State, who has been a star of their program for the last four years.

Anderson High School coach Ed Bachman, a colleague of Middeler’s, said that the loss was “very tragic, he was truly the nicest coach on deck. He represented his high school team in a way that his swimmers felt comfortable. He would do whatever it took to accommodate the success of his kids. The coaching profession needs more like him.”

See more thoughts from his family and former swimmers here.

Amanda Smith contributed to this report.

This is a huge shame, and the circumstances are about as horrific as can be. My condolences to his family, friends, and swimmers.

Vote Up00Vote Down Reply
The Other Hulk

Very big shame. It just goes to show how quickly everything can change in an instant. Lets keep his family (including his swimmers) in our thoughts.