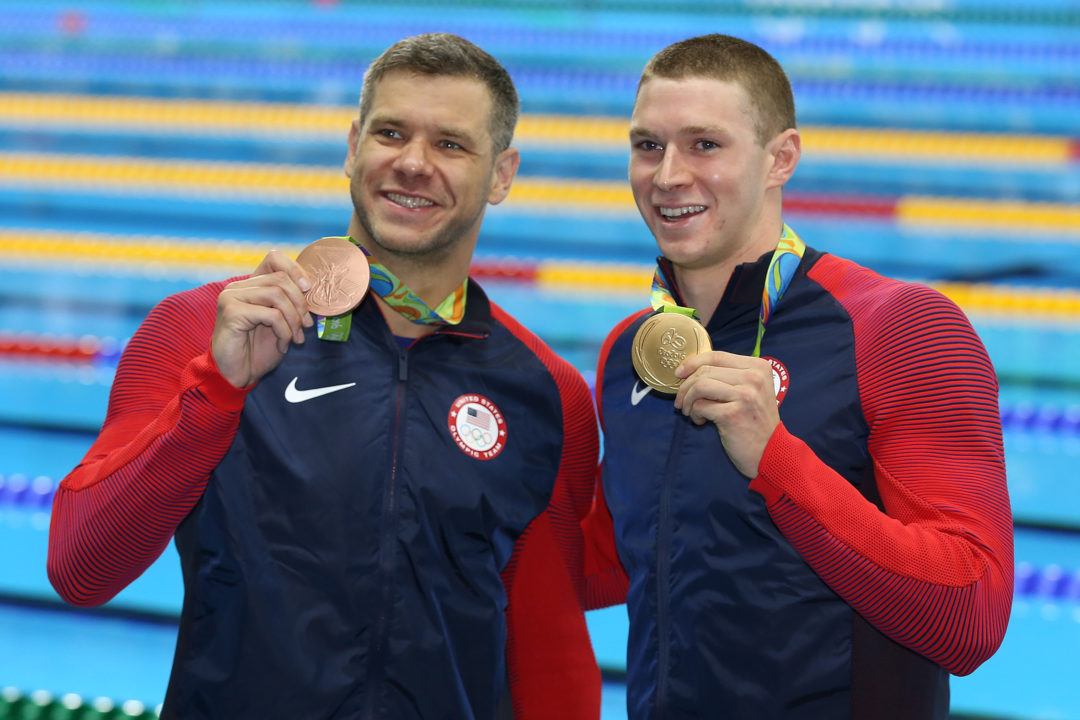 Once again the North Americans had an incredible night in the pool, winning more than 50% of the medals awarded on the night with seven, including a few Olympic records and a national record to boot.

The biggest story came in the men’s 100 back, where Ryan Murphy kept America’s winning streak alive, giving them six consecutive gold medals in the event. Murphy broke the Olympic record with the 2nd-fastest swim in history, 51.97. Beginning back in Atlanta in 1996, Murphy carries on the tradition that was created by Jeff Rouse, Lenny Krayzelburg, Aaron Peirsol and Matt Grevers.

The Olympic record that Murphy broke previously belonged to Grevers, set from his swim in 2012 of 52.16. Murphy also narrowly missed the world record which belongs to Peirsol from 2009. That record of 51.94 was done during the tech suit era, making Murphy’s swim the fastest textile in history, surpassing Grevers’ 52.08 from the 2012 US Trials.

Joining Murphy on the podium was his American teammate David Plummer, who was off his performances from the Olympic Trials but still found his way onto the podium touching 3rd in 52.40. That swim marks the culmination of a long journey for Plummer, who missed the Olympic team four years ago by 12 one-hundredths of a second.

Along with six straight wins, the Americans have also put two men on the podium at three straight Olympics in the 100 back.

This wasn’t the only big story to come from North Americans on night 3, there were plenty. Take a look at some of the other stories:

The U.S.  nearly doubled their medal count on day 3, taking it from 8 to 14. They now clear the next best team, China, by ten.They also lead in gold medals with four over Australia and Hungary’s two.

The Canadians are still the only North American nation with swimming medals, adding one to their total tonight for 3. That ties them with the Australians for the second most medals of any swimming country thus far; an incredible improvement from past Olympics.

if you missed the medal ceremony on tv, is there anywhere to see it online?

If you use a Vpn Cbc has the entire session available for replay.

What giggles did David Plummer wear at the olympics also I know Anthony Ervin wore a mizuno suit even though he is sponsored by finis anyone know why?