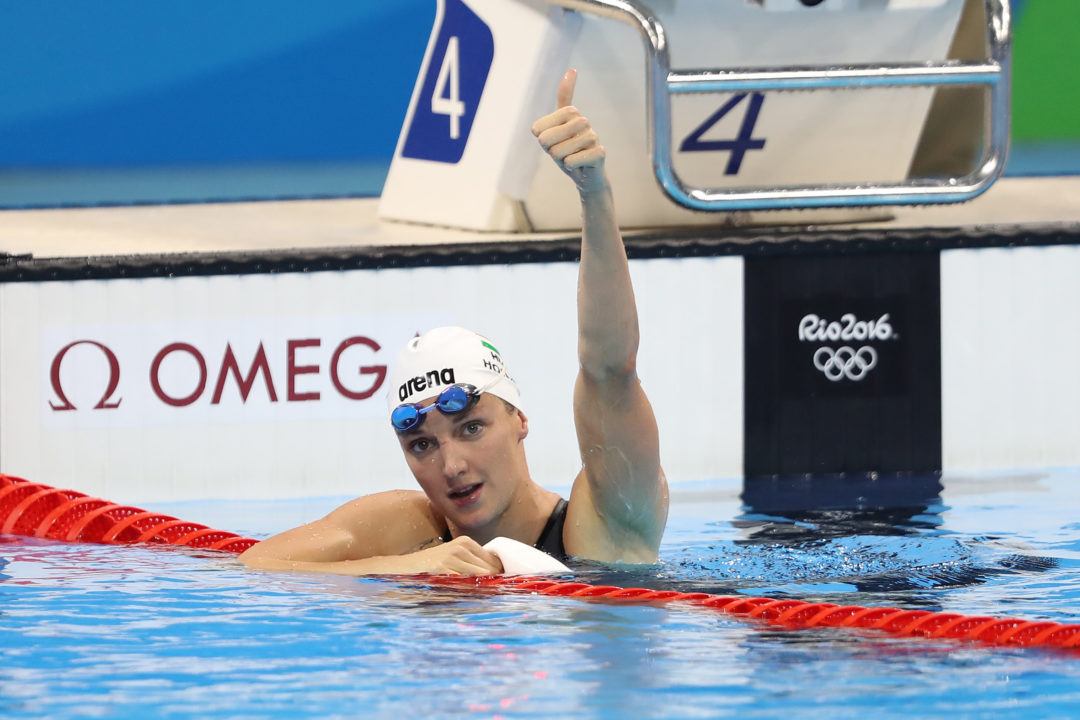 After smashing the 400 IM world record and the 200 IM Olympic record already at these Games, Katinka Hosszu has managed to take down another mark-- her own 100 back Hungarian record. Current photo via Simone Castrovillari

After smashing the 400 IM world record and the 200 IM Olympic record already at these Games, Katinka Hosszu has managed to take down another mark– her own 100 back Hungarian record.

Hosszu, who surged at the finish in the women’s 100 back final tonight for her second gold medal, posted a 58.45 to shave a good chunk from her old record of 58.78.

Hosszu, tonight, had a nearly identical first 50 in comparison to the first half of her race from prelims of the 2015 World Championships. The key difference was in her back half, which was considerably stronger in her race tonight. Hosszu was .32 away from the world record of 58.12, and her time tonight makes her the 5th-fastest performer in history in this event.

Though not a favorite for gold in the 100 back prior to the start of these Games, Hosszu charged to a victory here nonetheless. Tomorrow night, she will swim for gold again in the 200 IM final, and if her swim is anything like her 400 IM final earlier this week, we could see another world record by an impressive margin.

I don’t think I need to state that I’m not the only one who’s wondering what’s really happening inside the house of Tusup.
How many individual medals will Ledecky win? likely 3
How many will Hosszu win? likely 5

Female swimmer of the meet: Hosszu.

Maybe too good to be true.