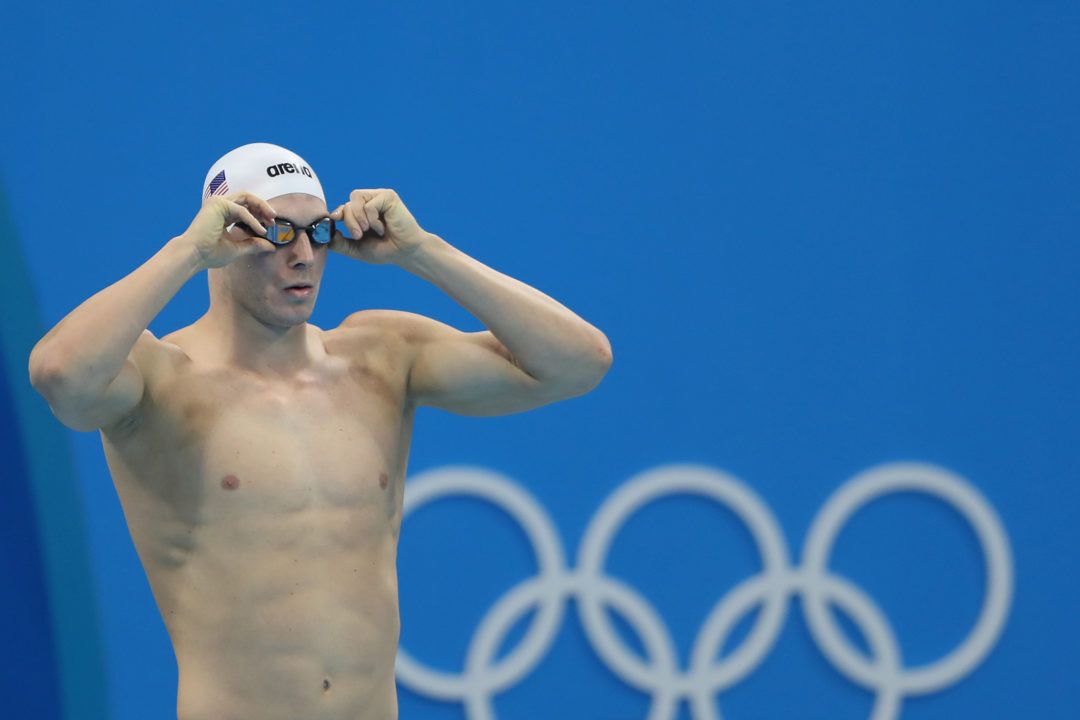 On day 3 of the 2016 Rio Olympic Games, Team USA newcomer Ryan Murphy won his first ever Olympic gold medal in Olympic Record fashion. The highly anticipated men’s 100 back showdown didn’t disappoint, with 4 swimmers in the 52-low range. Murphy’s winning time was a 51.97, getting him to the wall ahead of China’s Xu Jiayu (52.31) and his USA teammate David Plummer (52.40).

This was the first ever sub-52 swim since the rubber suit ban, as no one has broken the barrier since Team USA backstroke legend Aaron Peirsol set the World Record at 51.94 seconds in 2009. It also made Murphy the 2nd fastest performer in history, and the fastest in textile.

The former Olympic Record belonged to Matt Grevers, who won gold for Team USA and set the record at 52.16 at the 2012 London Olympics.

Team USA has now won the men’s 100 back at the last 6 Olympics, with the streak starting in 1996 at the Atlanta Games.

Podium looked great! Murphy a young but humble ace looking to the future. Plummer a grown-up with a touch of gray, realizing a lifelong dream after decades of sacrifice.

I remember a lot people doubting this young man and now he’s swum 4 times under 52.30. That there was a statement swim. His final 50 was even faster than Peirsol’s – that is saying something! All of a sudden, he’s looking good for the 200 as well.

It will be tough for Larkin to rebound for the 200 back now. He wasn’t close today!!!!

And Larkin way out of the picture. Other than the sisters Australia has been underwhelming

Mark my words Adrian will get 100 free gold

We were thinking that in 2012 too… McEvoy didn’t look as good as we were expecting in the relay, and I don’t think Adrian is gonna let Cam get out to open water where he’ll do best. If Adrian can stay right next to Cam, he’ll win just because he’s bigger and the waves won’t affect him

I expect a new best from Adrian maybe really ambitious but I think a 47.40 or lower could be possible

Horton did good. Gotta give him props to out touching the doper

You’re right I almost forgot about Horton he has a good shot in the mile too but I think that’s going to Gregorio. i had the U.S. Men winning every event barring distance and the 100 breast

You deserve to brag, amazing so far for the US. however, you didn’t win the 200 free either & Adrian has the double Aussie whammy in McEvoy & Chalmers in the 100, a certain Manadou in the 50.

King Chad is going to give the old Goat a good whipping in both fly events. You forgot that one as well!

Yes. Thanks. Trying to get these articles out fast, so I sometimes miss a typo. I fixed it.

And you guys do a great job! Best swimming media source out there