Asia: Sun Wins 200 Free, But Will His Success Translate To His Mile? 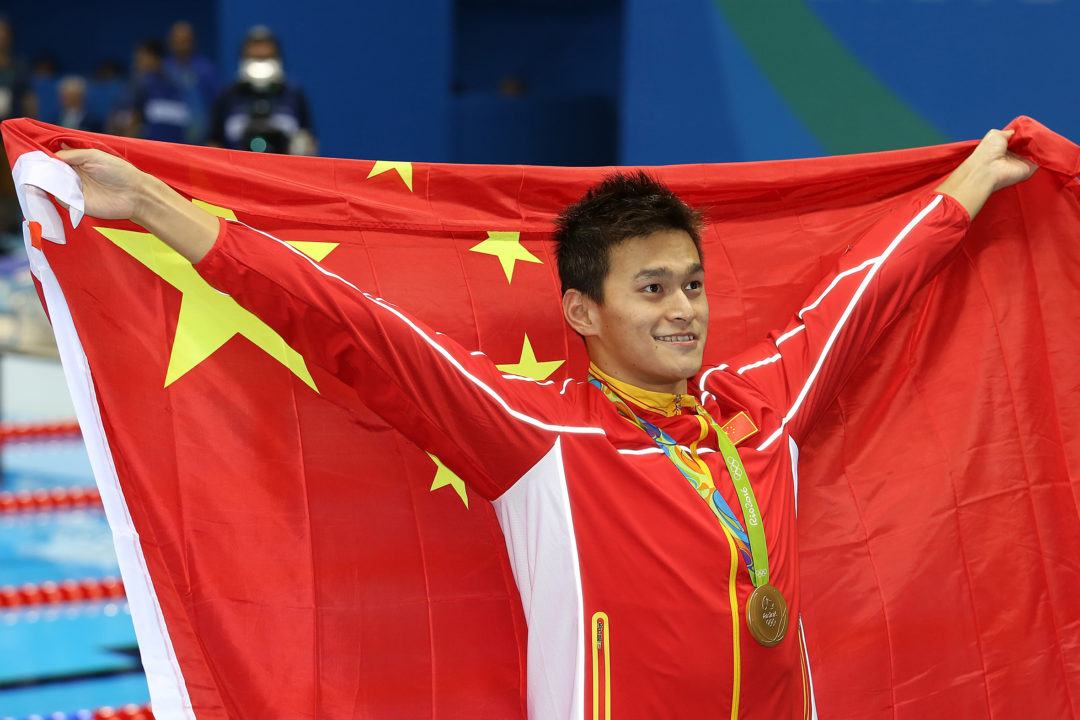 After getting touched out in the 400 free on day 1, China's Sun Yang swam to his first gold of these Games, earning the top of the podium in the men's 200 freestyle.

Sun isn’t finished in Rio just yet. He’ll also be looking to defend his Olympic title in the 1500 free later in the meet. We haven’t seen a lot of distance swimming from Sun in recent years. Last summer, he made headlines when he was a no show in the 1500 free final the the 2015 FINA World Championships. He also scratched out of the event when he was slated to swim it at the Arena Pro Swim in Santa Clara earlier this year. There’s not a lot of indication about Sun’s distance free form, but if he can match his success in the middle distance races, he’s definitely a gold medal contender.

Aside from Sun, 2 other Asian swimmers earned medals in their races tonight. First was China’s Fu Yuanhui, who tied for 3rd in the women’s 100 back with Canadian Kylie Masse. Yuanhui broke a Chinse Record that was formerly held by Zhao Jing, lowering the mark from a 58.94 to a 58.76.

Also in the 100 back, China’s Xu Jiayu grabbed a silver medal in Chinese Record setting fashion on the men’s side. Jiayu swam the race in 52.31, bettering his previous personal best and Chinese Record of 52.34 from 2014 Chinese Nationals.

Also of note was Siobhan Haughey‘s swim in the 200 free, which set a new Hong Kong Record. Haughey swam a 1:56.91 to move up from 28th seed to 9th after prelims. Haughey is now the 9th fastest Asian performer in history, behind eight different Chinese women.

I couldn’t agree more. He looks heavier and more powerful. That is typical of a maturing swimmer particularly one who is partial to PED’s. Paltrinieri will thrash him, with Horton and Jeager likely to keep him off the podium. We will have to wait at least 4 years before we can recognise his Gold in the 200m free. In all likelihood Chad Le Clos will be re-awarded his medal.

Stop acting like the Olympic committee. Sun does not need your recognition to dominate the free swim. And you’ll have to come back here in 4 years to apologize if you are a true man.

He could get that 6th one in the 1500 though! Thanks for pointing that out

Congratulations to Sun Yang for a great win.