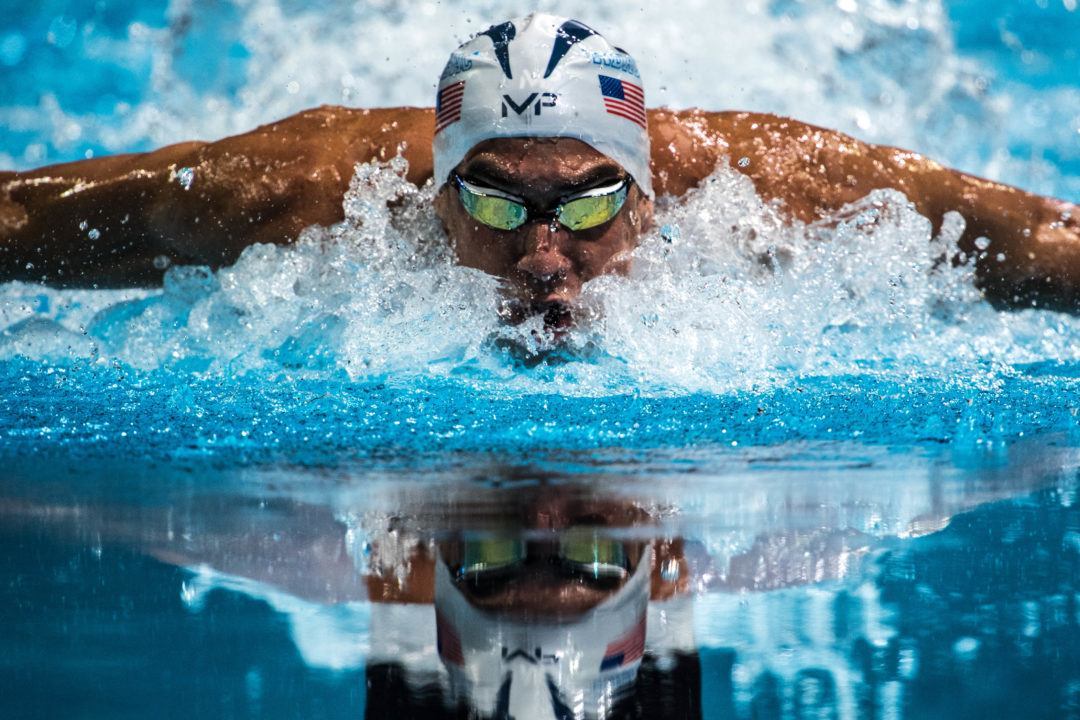 By qualifying for the 200 butterfly final Michael Phelps becomes the first swimmer to make the Olympic final in the same event in five consecutive Games... Current photo via Mike Lewis/Ola Vista Photography

By qualifying for the 200 butterfly final Michael Phelps becomes the first swimmer to make the Olympic final in the same event in five consecutive Games. Phelps made his first 200 butterfly final at the age of 15 finishing fifth at the 2000 Olympic Games in Sydney. He went on to win the event at the 2004 and 2008 Games. At 2012 Olympics in London South African Chad le Clos swam an unbelievable race orchestrating one of the biggest upsets in Olympic swimming history beating Phelps to the wall by five one-hundredths of a second.

Phelps will have his chance at revenge tomorrow evening as he will face le Clos along with another familiar foe Hungarian Laszlo Cseh, who won the silver in the event in 2008. Cseh came into Rio with the world’s top time of 1:52.91.

All three men will have to contend with Hungarian Tamas Kenderesi who posted the fastest time in the semi-finals.

Phelps now separates himself from two other athletes, Australian Leisel Jones and Japanese legend Kosuke Kitajima, who qualified for the Olympic final in the same event at four straight Games.

you’re right , i checked video again. Looks like the monster will unleash tomorrow.

I agree. There’s nothing wrong with him. He is good enough for a bronze.