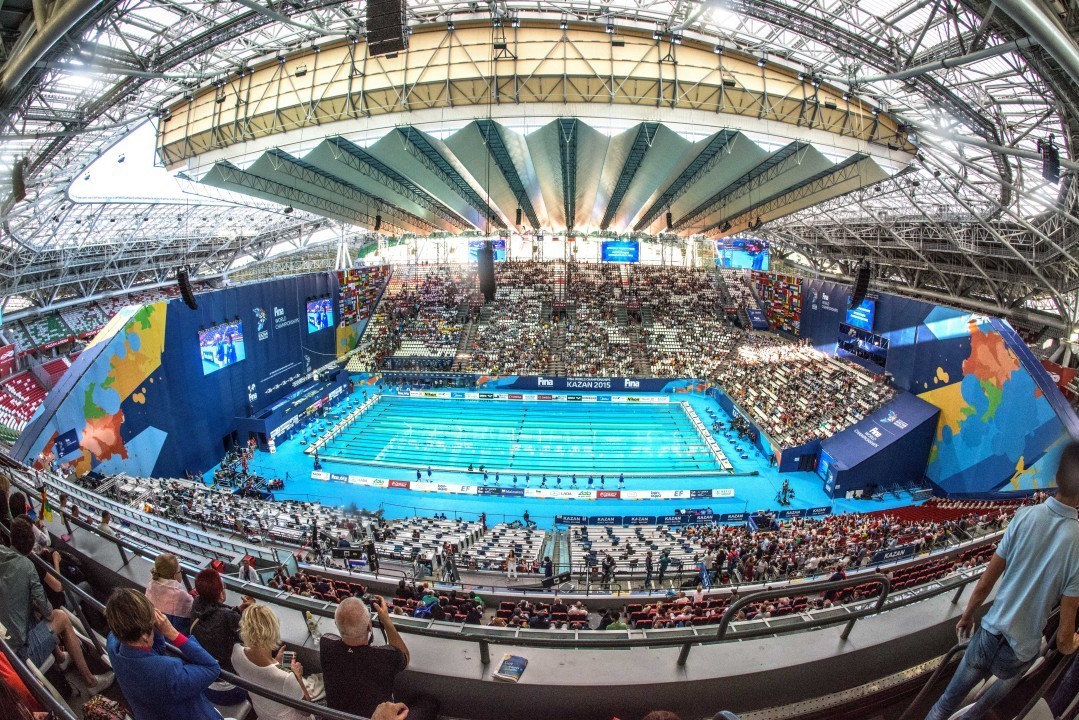 In a tightly contested final, Swiss native Noe Ponti got his hands on the wall first to win the men’s 50 fly on the opening night of the 2019 European Junior Championships in Kazan, Russia.

About an hour and a half later, swimming out of lane 2, the 18-year-old dropped a 23.48 to win the final and smash the National mark that had stood for 11 years. He also reset the European Junior Championship Record, eclipsing Ukrainian Andriy Khloptsov‘s 23.51 from 2016.

Ponti won the race by the slimmest of margins, edging Germany’s Luca Nik Armbruster (23.49) by one one-hundredth of a second. The field overall was very quick with seven of the eight men coming in under 24 seconds, with Russian Andrei Minakov getting himself onto the medal podium in third in a time of 23.66.

Last year at the Championships in Helsinki, Ponti finished seventh in this event (24.21), and was also a finalist in the 100 fly (sixth) and 200 fly (eighth).

Since then he notably competed at the European Championships in Glasgow and also made a pair of finals at the Youth Olympic Games in Buenos Aires.