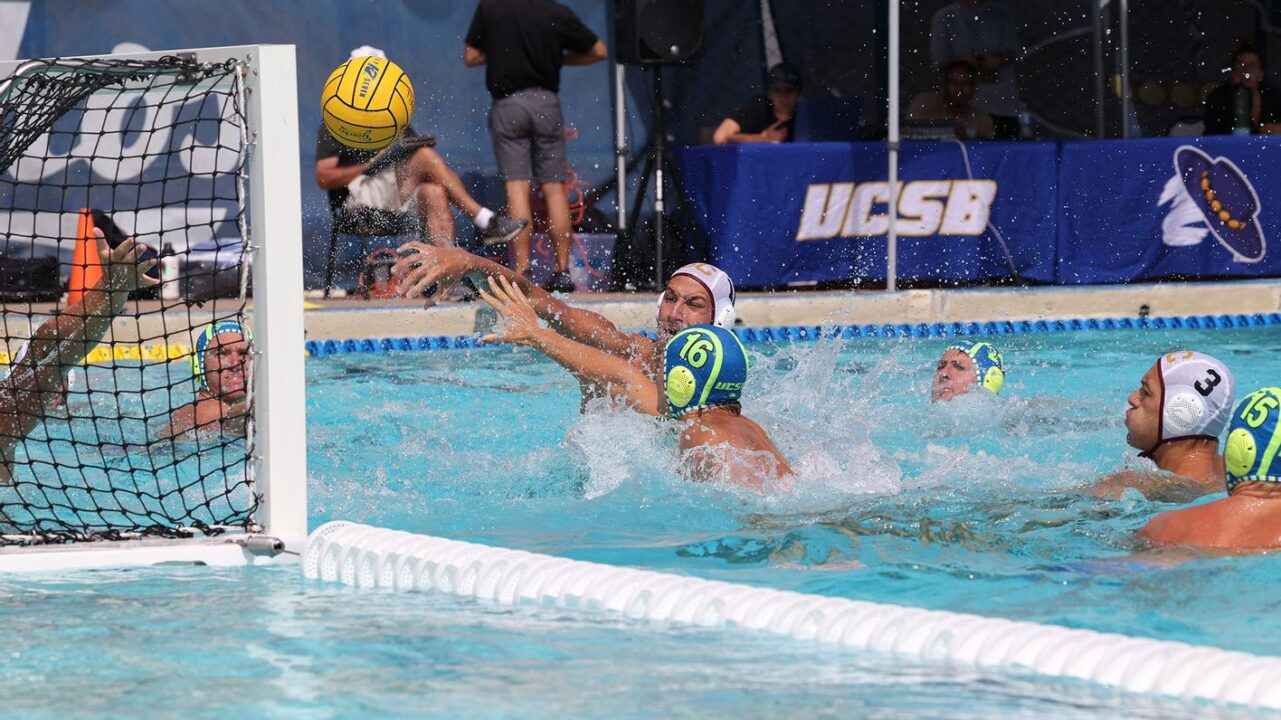 Behind a career-high three goals from Andrej Grgurevic, the Trojans outscore UC Santa Barbara 6-1 in the second half. Current photo via Stewart McGuire

SANTA BARBARA, CALIF. — The No. 5 USC men’s water polo team shrugged off a first-half deficit and rattled off sevens straight goals to take charge en route to a 10-6 road win at No. 8 UC Santa Barbara today. USC had trailed 5-3 before turning the tide on the Gauchos, shutting out its hosts for a 16-minute stretch thanks in part to two 5-meter penalty blocks from goalie Kyle McKenney. USC improves to 11-4 overall with the victory.

USC struck first on a blast out of the gates from Massimo Di Martire, who finished off Marcus Longton’s 6-on-5 setup pass for an early Trojan lead. UC Santa Barbara was far from fazed, firing back with back-to-back goals on 6-on-5 finishes to go up  2-1. USC leveled it on a rifle shot from Ashworth Molthen to snarl it a 2-2 in the first, but the Gauchos got in gear again in the second. USC would trail by two at two points in that frame, tugging back to within one on goals from Jake Ehrhardt both times. Ehrhardt’s second strike came with an authoritative finish on a Trojan power play, carving the deficit to 5-4 for halftime.

A scoreless first four minutes was preserved in part by McKenney’s back-to-back booming blocks against Gaucho 5-meter penalty tries. That was the boost USC needed to get its offense back on track, and it was Andrej Grgurevic who came through in the clutch. The freshman found the back of the net twice in the third to get USC its first lead since the first minute of the game, and USC took  a 6-5 advantage into the fourth. There, McKenney continued to turn away the Gauchos with help from a stingy Trojan defense. Meanwhile, Ehrhardt and Grgurevic each notched their third goals of the game before Longton laced in USC’s seventh straight score  to make it a 10-5 USC lead with 2:06 to go.  UCSB broke its 16 minutes of silence with a 6-on-5 score, and the Trojans had a 10-6 victory in the books.

NEXT:
USC returns home to Uytengsu Aquatics Center for a 12 p.m. clash with No. 9 UC Irvine on Sunday (Oct. 2).

NOTABLE:
– With his goal today, Marcus Longton extended his scoring streak to 15 games — the only Trojan to have scored in every game this season.
– With three goals today, Jake Ehrhardt climbed to rank tied at No. 12 all-time at USC with 151 career goals.
– Ehrhardt also now leads the Trojans with 10 multiple-goal games this season.
– With a goal today, Massimo Di Martire continues to lead USC in scoring this season, now with 33 goals.
– Andrej Grgurevic set his career high with three goals today.