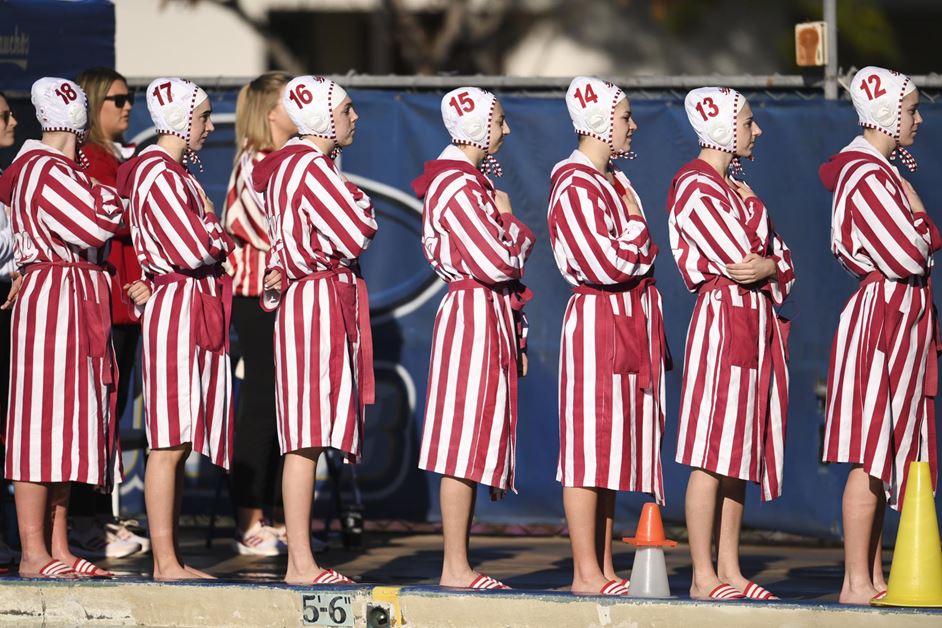 No. 10 Indiana Water Polo continues the 2022 season at the Michigan Invitational with four games from Jan. 29-30. Current photo via Indiana Athletics

BLOOMINGTON, Ind. – No. 10 Indiana Water Polo continues the 2022 season at the Michigan Invitational with four games from Jan. 29-30.

Three of IU’s four opponents are ranked in the latest CWPA Top 25. It will face two top five teams in No. 3 UCLA and No. 5 Hawai’i while capping off play in Ann Arbor against No. 22 Marist.

The Hoosiers will get a chance to kick off conference play as it meets UCLA in the Michigan Invitational opener on Saturday. It will be a head-to-head against two top 10 programs as UCLA enters the contest at No. 3 and the Hoosiers moved up a spot to No. 10 in the Week 1 CWPA poll.

Indiana will play nearly all of its games away from home in 2022, playing just two weekends at Councilman-Billingsley Aquatic Center in March. They will spend the majority of the preseason on the west coast with tournaments also at Michigan and Harvard. The bulk of the MPSF season will begin in early March as Indiana only hosts California (March 21) and San Jose State (March 26).