Night One of MACs Ends with Three Teams Tied for First 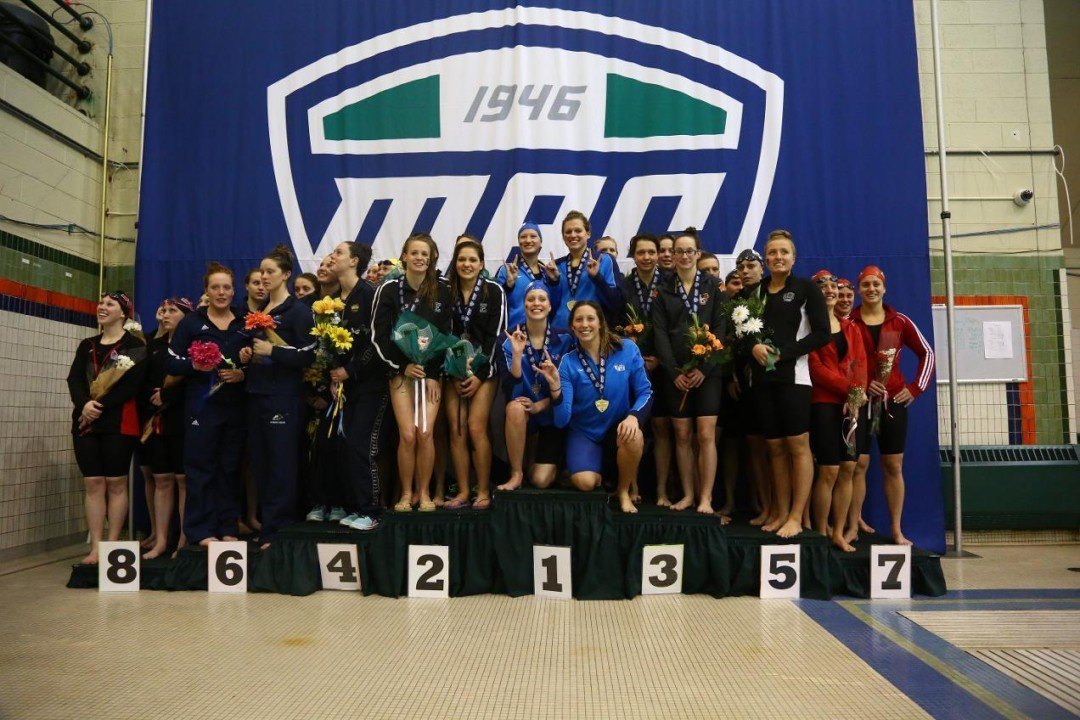 UB, Eastern Michigan, and Akron tied for first after night one Current photo via University at Buffalo

The Mid-American Women’s Meet started off in record breaking fashion when Akron University broke the 200 medley relay meet record with their 1:38.59. Ashley Niznik (25.02), Hannah Raspovich (27.02), Erin Seiler (23.90), and Susan Franz (22.62) got their team off to a solid start in their quest to repeat as MAC Champions.

Seven of the eight teams in the final heat went under the pool record of 1:42.78 that was set back in 2005. University at Buffalo’s Megan Burns had an impressive 22.08 closing split for her team. The freshman split .47 seconds faster than anyone else in the field. Burns is seeded first in the 50 free tomorrow (23.11) and will be looking for her first MAC title.

Wednesday’s nights events finished with a three-way tie for first place between UB, EMU, and Akron. Miami University may only be in 7th currently, but they could make up some ground tomorrow with their swimmers holding 4 of the top 6 spots in the 200 IM. It’s still anyone’s meet, though, and it should be interesting to see who steps up tomorrow to break away from the field.