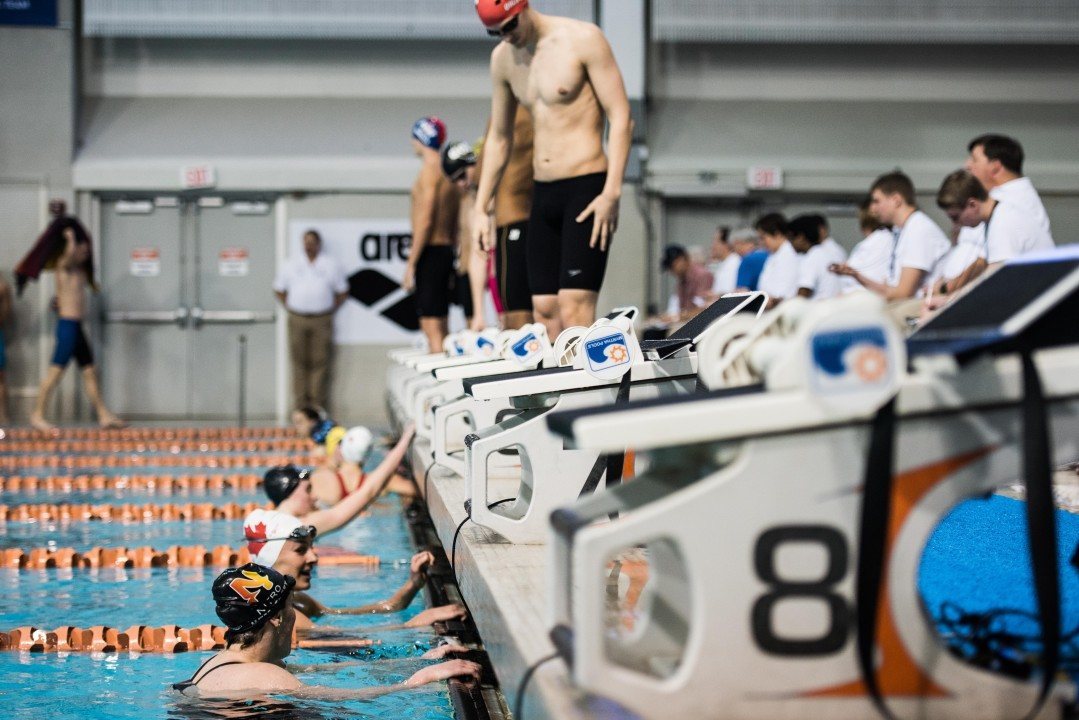 Starting off the night for individual events Andy MacGregor was able to claim his first victory of the night with a 1:40.96 200 free. Following closely behind Cranbrook Kingswood would see swimmers finish in the 2nd– 4th place position (Alessandro Guttilla-1:41.50, Andrew Trunsky-1:43.74, Andrew Guan-1:44.02). After starting off the night on a strong foot, MacGregor was able to continue this momentum with a victory in the 100 free (46.09). This would put his ahead of second place finisher Joey Manager (47.02).

Mitch Buccalo would reset the first of three individual Michigan High School Division III State Meet Records when he pushed to a 1:50.55 200 IM. Buccalo would build to an early lead with the fastest opening 100 of the field, and this would end up being a lead that he would never relinquish. East Grand Rapids freshman Christian Bart would end the race in second (1:53.30).

The second individual Division III record of the night would be claimed by Alec Nyboer in the 100 fly (49.15). The junior from Hamilton High School would be the only swimmer to break the 50 second barrier in either prelims or finals. Chelsea High School Senior Sam Almhiemid would close out his individual high school career with a second place finish (50.29).

Joey Puglessi set a new Division III meet record during prelims of the 100 back (50.38). During a tight finals race Puglessi found himself in third when he flipped at the 50. The junior showed a lot of grit and buckled down in the closing 50 to surge ahead and claim the State Title. Detroit County Day’s Brendan Gatward finished as the runner-up (51.38).