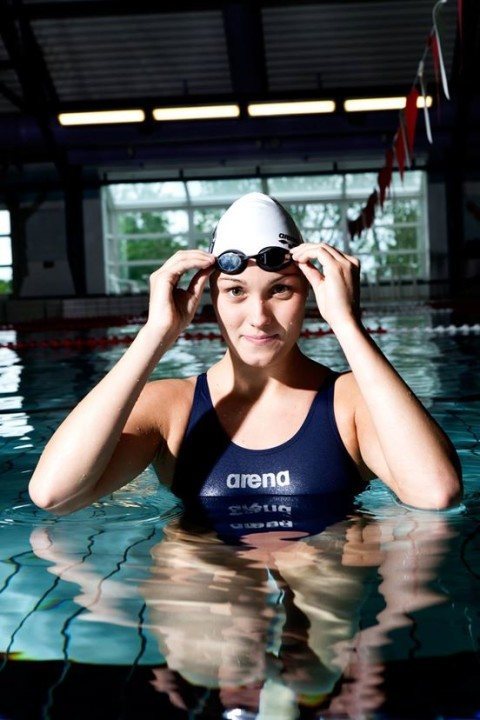 Denmark's Mie Nielsen set a new European Championship record in the 100 backstroke in the prelims and the semis on day 3.

After setting a new meet record in the 100 back prelims in a time of 59.26, Denmark’s Mie Nielsen lowered it once again in the semi-final, clocking a time of 59.16 to take the top time heading into the final tomorrow. The record Nielsen took down in the prelims belonged to Russia’s Anastasia Zueva (now Anastasia Fesikova) with her gold medal winning swim of 59.41 from the 2008 Championship in Eindhoven.

Take a look at a comparison of the splits of Zueva’s 2008 swim, and Nielsen’s two swims from today:

Nielsen is the one of two defending gold medallist in this event from 2014, as she tied for gold with Hungary’s Katinka Hosszu in Berlin in a time of 59.63. Hosszu will be in the final this year as well, as she qualified 3rd overall in 1:00.03.

Nielsen will also compete in the 50 freestyle (15th) and 50 backstroke (1st) later in the meet. She scratched the 100 freestyle final after qualifying 6th fastest out of the semi-finals.