Nick Alexander Swims First Sub-1:40 200 Back Of The Season At Mizzou Invite 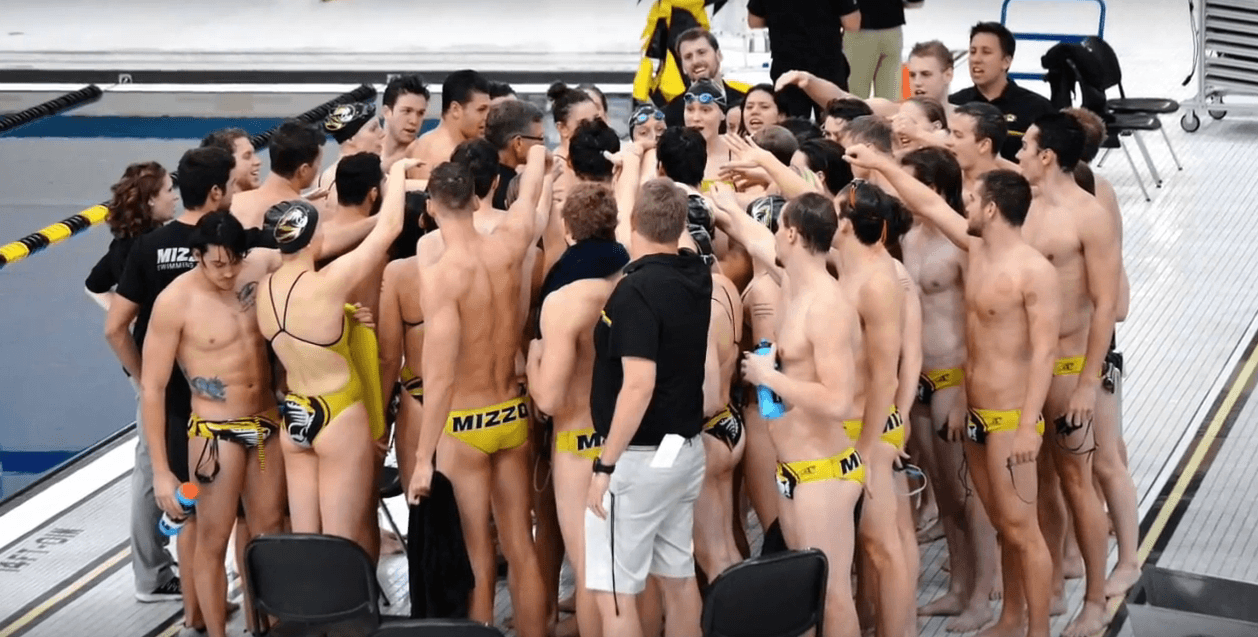 Nick Alexander of Missouri swam the first sub-1:40 200 back so far in the NCAA season this morning at the Mizzou Invitational. Archive photo via Mizzou Swimming & Diving

Fresh off breaking the Mizzou school record last night in the 100 back, junior Nick Alexander unleashed another personal best time this morning in the 200 back, swimming the first sub-1:40 time so far this NCAA season. Read a full recap of the prelims below.

Missouri’s Annie Ochitwa highlighted the women’s action this morning with her 47.87 showing in the 100 freestyle, coming just three-tenths off her school record set last season (47.58) for the top seed.

Anna Hopkin of Arkansas, who has been on fire all meet, lowered her personal by six-tenths to take 2nd in 48.07, and Alma Thormalm of San Diego State swam a lifetime best of 49.03 for 3rd. Haley Hynes of Mizzou, who was dominant in winning the 100 back last night in one of the fastest times in the nation, made the final in a tie for 7th in 50.02, just a quarter of a second off her PB.

Mikel Schreuders of the Tigers continued his strong meet with the top time in the 100 free, clocking 43.08 to finish less than three-tenths off his PB of 42.80. He was 42.86 at this meet last season.

Rhody surrounded by his loyal team – as it should be! Terrible circumstance that he can’t be there in person to celebrate the successes in person. Hope this silliness ends soon!

The picture is at least two years old!

The symbolism is lost on a few….

What is happening to swimming now that “but a sub-1:40 [200 back] swim would’ve gotten him into the *consolation final*” is a phrase that sounds perfectly normal?