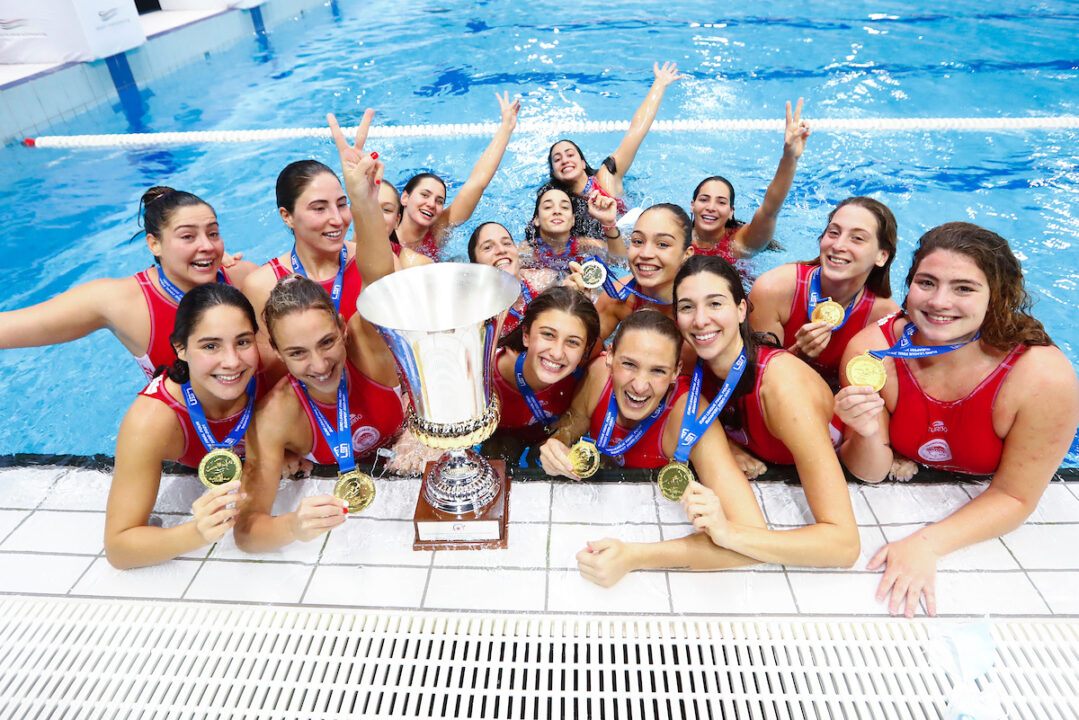 With three Spanish, Hungarian and Greek teams in the mix, plus two Italians and Dutch sides, the opening round shall already be packed with action.  Archive photo via © A. Kovacs/Deepbluemedia/Insidefoto

The women’s top club event, running under the name of Champions League from this season, kicks off today with the qualification round. With three Spanish, Hungarian and Greek teams in the mix, plus two Italians and Dutch sides, the opening round shall already be packed with action.

One of the featured games is the re-match of last season’s LEN Trophy final between Ethnikos (GRE) and Dunaujvaros (HUN) in Group D. The clash of Padova (ITA), bronze medallist in last April in the Final Four, and Hungary’s upcoming side FTC-Telekom also promises some thrills in Group C.

The top three sides from each group shall advance to the Preliminary Round where Olympiacos (GRE), Sabadell (ESP), UVSE (HUN) and Orizzonte (ITA) will join the field to play for the quarter-final berths.

Just a reminder, that like the names of the competitions, the playing formats also change and will be similar to the men’s events. The eight teams not making the cut in this qualification round will continue in the women’s Euro Cup, together with the other eight teams falling short later in the Champions League prelims. Once the field is shaped, the second-tier cup will run like the men’s version, after the prelims with four groups four, then the quarter-finals, semis and finals are to be played on a home-and-away basis (no Final Four in the Euro Cup). As another major difference, the four losing quarter-finalists in the Champions League will not play on (unlike until this year), their journey will end there.