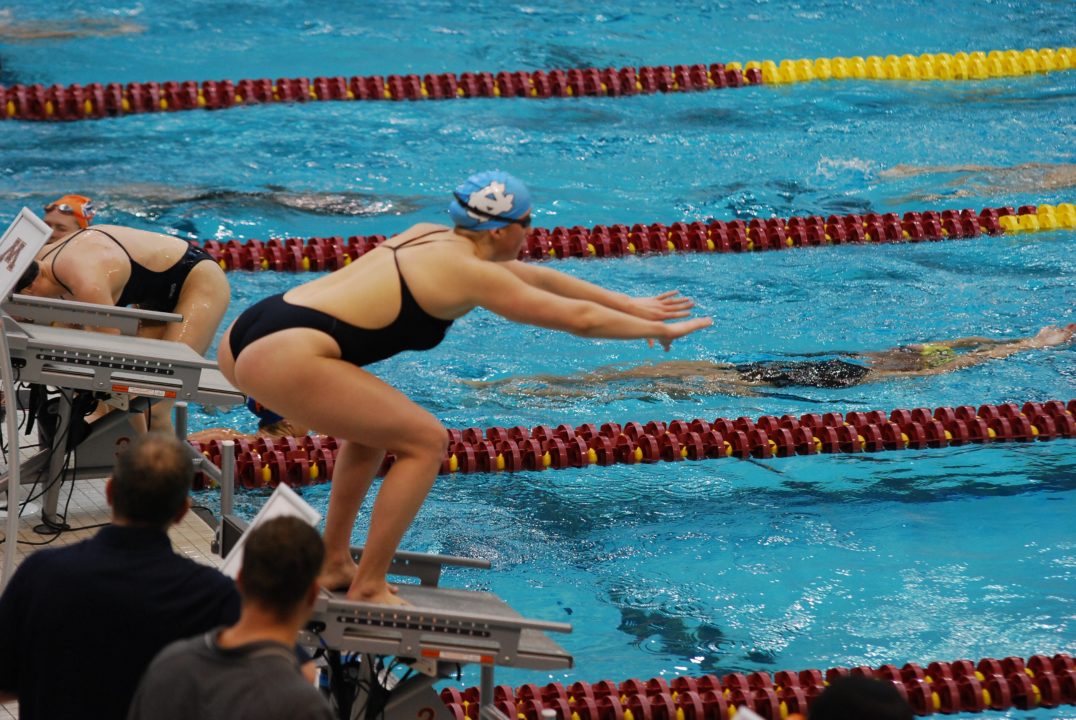 It's mid-season invite time, and in addition to the Nike Cup, hosted by the University of North Carolina, there are plenty of fast meets to keep an eye on. Archive photo via Janna Schulze/SwimSwam.com

On top of the always fast Minnesota Grand Prix, there are some very exciting mid season invites to keep an eye on.

The Art Adamson Invitational at Texas A&M should be one of the fast meets of the weekend. Participants include:

These teams will all square off with the host Aggies over the three day meet. There are also teams entering just divers.

The North Carolina Tar Heels are hosting the Nike Cup this weekend, which features some of the top teams in the state of North Carolina, as well as a strong SEC opponent and some fast mid major teams:

The Ohio State Invitational will put three of the top big ten teams, Wisconsin, Purdue, and the host Buckeyes, against each other, as well as bring in the Kentucky Wildcats and Division III powerhouse Kenyon.

Below, we’ve listed all of the NCAA Division I meets we could. There’s a lot of teams so we’re sure we’ve missed some. Leave them in the comments, and we will add them to our list. If you know of any live streaming video, comment with a link as well.

You are missing the Patriot Invite hosted by George Mason. Invite starts Nov. 20.

Thanks – adding it now.

Will there be any live stream for the CSU Magnus Invitational this weekend?