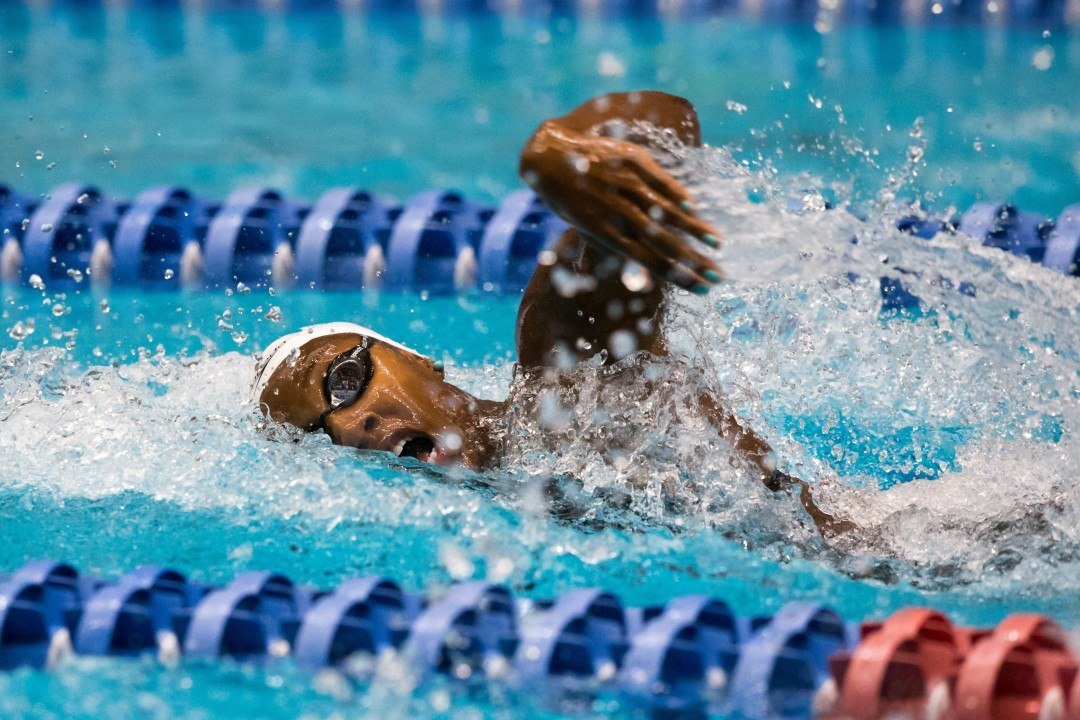 Former Florida Gator Natalie Hinds is finding success well after her collegiate career has ended. Hinds, who was a two-time SEC Champion with Florida and was one of the top NCAA sprinters of her time, swam to a new personal best in the 100 fly this morning at the 2019 Pro Swim Series in Knoxville.

Hinds, who was swimming in the final heat of the women’s 100 fly this morning, clocked a 59.76. She was out in 27.84, which was the 2nd-fastest first 50 of the entire event behind only Dana Vollmer, the AR holder, and finished out with a 59.76.That time is nine hundredths better than her previous best, a 59.85 from over four years ago. Her old best was done in a time trial at the 2014 U.S. Summer Nationals when she was 21.

Now 25, Hinds is swimming the best times in her career. This is just the second time she’s ever broken a minute, and this was a low-pressure, January meet, albeit in prelims. The time today is well under the Olympic Trials cut for the 2020 Trials, too.

Glad to see her back in it. Seemed she had so much potential – sort of like Margo Geer with her power, height, and wingspan. I think she will do well focusing on long course.