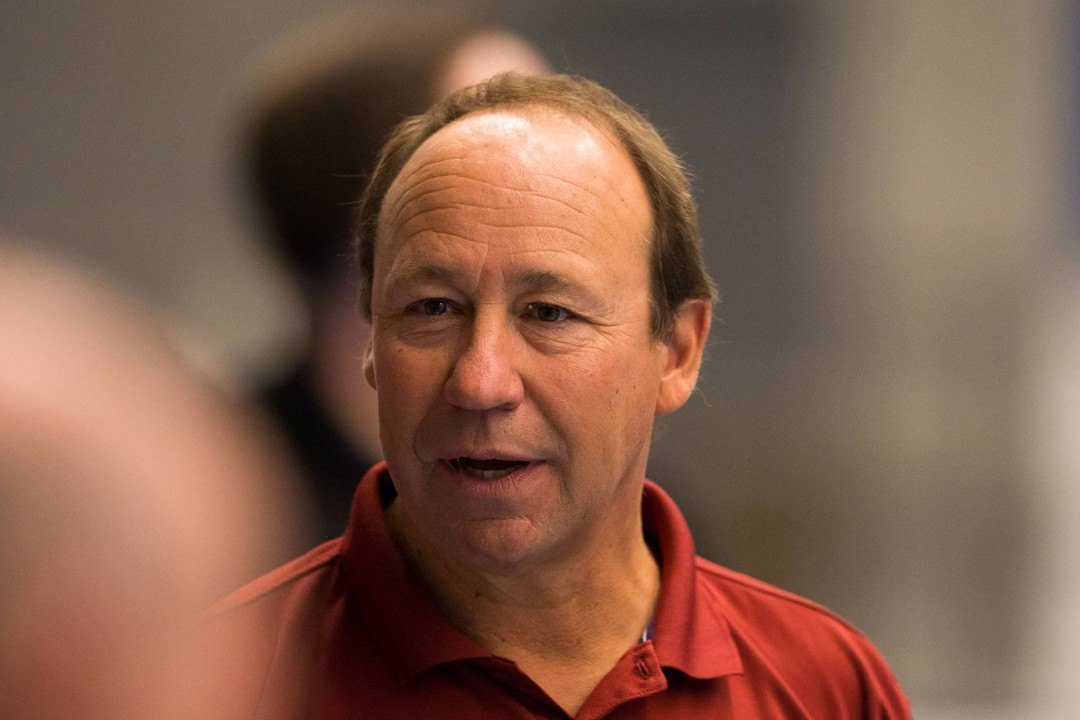 The following is a press release courtesy of the Pac-12:

MEN’S SWIMMER OF THE YEAR – Ryan Murphy, California – Murphy, the 2015 CSCAA Swimmer of the Year, takes him Pac- 12 Men’s Swimmer of the Year honors after helping the Bears to a national runner-up fnish. The sophomore picked up his second-consecutive titles in the 100 and 200 back at both the NCAA Championships and the Pac-12 Championships. He etched his name in the record books after setting an NCAA record in the 100 back at the national meet. Murphy also swam a leg of the national champion 200 medley and 400 medley relays, setting an American record in the latter. The 2014 Pac-12 Men’s Swimming Freshman/Newcomer of the Year helped Cal extend its dual meet winning streak to 22-straight this season, as the Bears have fnished frst or second at the NCAA meet every year since 2010.

MEN’S SWIMMING FRESHMAN/NEWCOMER OF THE YEAR – Ralf Tribuntsov, USC – Tribuntsov is honored as Pac-12 Men’s Swimming Freshman/Newcomer of the Year after helping the Trojans to their frst Pac-12 Championship since 1979. The freshman swam the opening leg of USC’s Pac-12 champion 400 medley and 400 free relay, and recorded top-fve fnishes in the 100 fy (third), 100 back (second) and 100 free (ffth), with his preliminary time in the 100 back set a Pac-12 Championships meet record. At the NCAA Championships where USC fnished fourth overall, Tribuntsov was a member of the national champion 400 free relay team, also helping the Trojans to a ffth-place fnish in the 200 free relay, while individually fnishing eighth in the 100 back.

MEN’S SWIMMING COACH OF THE YEAR – Dave Salo, USC – Salo coached the Trojans to their frst Pac-12 Championship since 1979 and a fourth-place fnish at the NCAA Championships, where USC won two relays in the same meet for the frst time since 1977. USC’s fourth-place fnish matched its 2013 result and marked only the fourth time it has fnished that high since taking third in 1990. At the Pac-12 Championships, Salo’s Trojans won with a program-record 818.5, coming from behind on the fnal night to overtake Stanford. It marked the frst Pac-12 Championship meet to be decided by nine points or fewer since 1999. At the NCAA Championships, Salo’s Trojans took home the title in the 400 free and the 800 free relay, while Cristian Quintero won the individual 200 free title. Salo is the frst Pac-12 Men’s Coach of the Year for USC since Peter Daland won the honor in 1990.

MEN’S DIVER OF THE YEAR – Kristian Ipsen, Stanford – Ipsen picks up his second-consecutive Pac-12 Men’s Diver of the Year honor after sweeping the diving competition at the Pac-12 Championships, the second Stanford performer ever to do so. His Conference titles in the 1-meter, 3-meter and platform competitions brought his all-time Pac-12 title count to six in his career. The senior also picked up two top-three fnishes at the NCAA Championships, placing third in the 1-meter and third in the 3-meter. A 12-time All-American in diving, Ipsen fnishes his career at Stanford with three NCAA titles and three runner-up fnishes at the national meet.

MEN’S DIVING COACH OF THE YEAR – Patrick Jeffrey, Stanford – Jeffrey coached a Cardinal diving squad that helped Stanford to a second-place fnish at the Pac-12 Championships and a sixth-place fnish at the NCAA Championships. Along with Ipsen’s three titles at Pac-12s, the Cardinal also took second place in the 3-meter behind Bradley Christiansen and ninth place by Tarek Abdelghany. Christiansen also recorded a ffth-place fnish in the 1-meter and an eighth-place fnish in the platform, while Abdelghany fnished 10th in the 1-meter and 13th in the platform.

Very good picks. I wonder how close the swimmer of the year was between Murphy and Nolan?